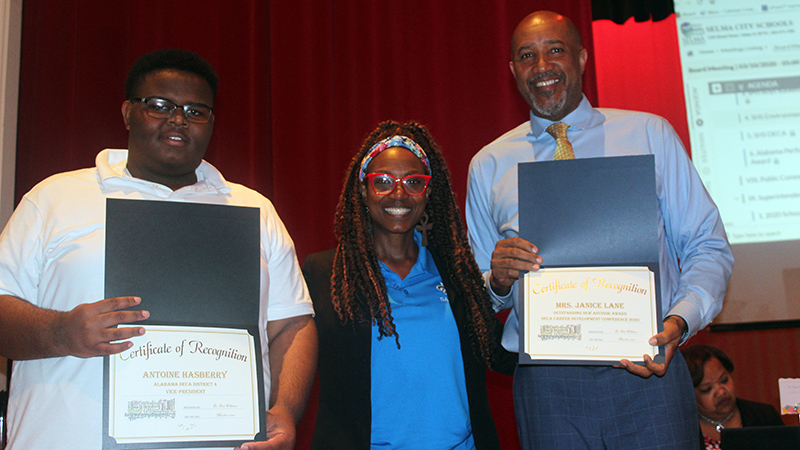 “I happened to have the privilege of tasting those apple preserves and they were really good,” said SCS Superintendent Dr. Avis Williams.

The Selma High Environmental Science Team also competed at the Tuskegee University Excerpt and won first prize in the Agricultural Competition for their agricultural planning project.

Selma High’s Varsity Boys and Girls Basketball Teams were also recognized at the board meeting after completing their respective seasons.

Both boy’s and girl’s teams were congratulated for being crowed 6A Area champs.

“They did an amazing job,” said Williams. “Let’s give them a round of applause.”

“This is a Tier 1 Commitment to Performance Excellence award and it means just that,” said Williams. “We are showing our commitment to performance excellence.”

Far away friends lend a hand as SAFB prepares…