Kids at the ballot box 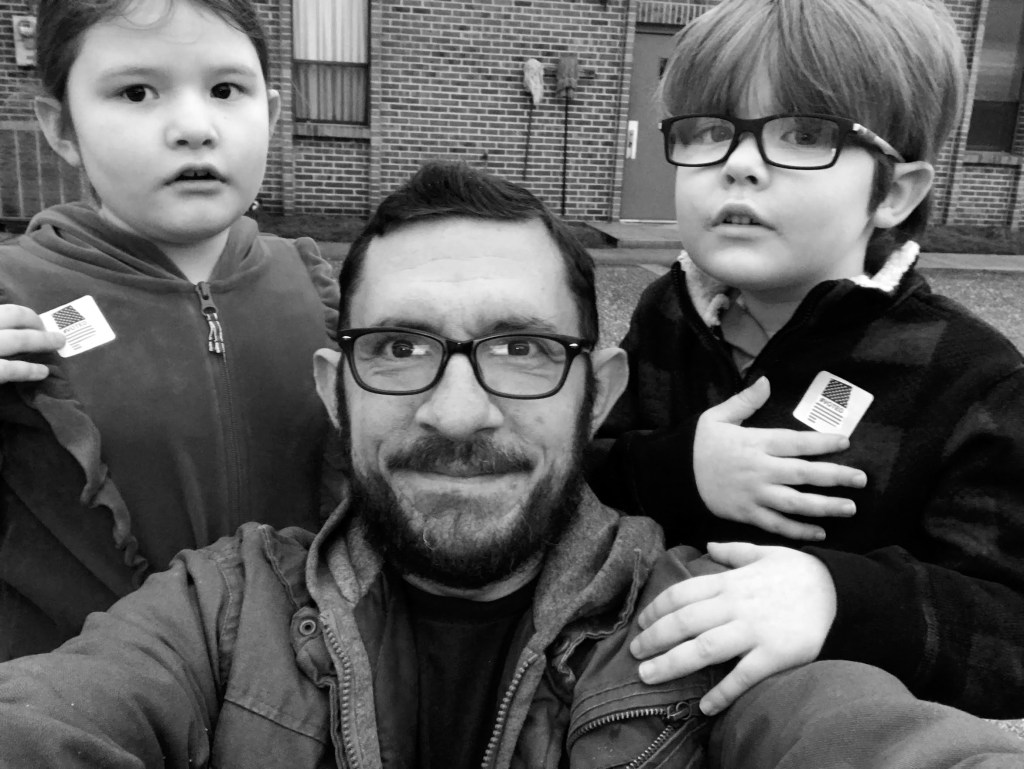 A light rain was falling Tuesday morning as the kids and I made our way to the nearby church where I’d be using a No. 2 pencil to fill in a pile of tiny ovals alongside the various names of my choosing for local, state and national offices – while such civic responsibilities were previously endeavored upon begrudgingly, the presence of my children gives the ritual more meaning and absolutely more excitement.

My daughter, Nola, has traveled to the polls with me multiple times before, so she was comfortable around the whole process – she smiled at the election officials as they took my name and address and waited patiently for them to pin a small “I voted” sticker on her chest – but my son, Kieran, has never been before and found the whole process odd.

And why not? To little eyes, the procession of rain-soaked and grumpy working folks trudging into a room with little more than tables, each adorned with small cardboard hiding spots, to fill in a row of bubbles and cram a long sheet of paper into some strange, churning machine must seem peculiar.

After I’d completed the process, the kids and I walked back out into the rain and paused before getting into the car so I could take a photo – the post-voting photoshoot with the kids is a regular Election Day tradition of mine, so much so that I can glance at one of the photos and remember who I voted for, where I cast my ballot and which workplace I was bound for afterward.

Looking at the photo, one can clearly see that the kids are more interested in their little adhesive badges than they are in taking a photo with their old man, but these photos and the voting expeditions they chronicle are important to me and, indeed, will be for the rest of my life.

To be honest, the presence of my children is nearly the only thing that inspires me to even cast a ballot – my career has made me cynical, if not completely hostile, as it relates to politicians and the process by which they’re selected and I’ve lost nearly all hope that any politician has the capacity, let alone the wherewithal, to make the changes necessary to improve people’s lives.

Their optimism and idealism propels me to the polls in the hope that some candidate will rise to the top with ideas that will make their lives or the lives of their future children better; their excitement and joy reminds me that, despite the redundancy of the process and the often disappointing results, there is still something invigorating about casting a ballot and having it counted; their inquisitiveness and attentiveness encourages me to look closer, read deeper and think harder about the politicians and positions I support.

My future, for the most part, is written – no windfall is coming that will free my mind of financial worry, no magic sorcerer is coming to resolve the issues that continue to plague millions across the nation – but, where there is even a chance that my children’s lives, as well as the millions of others generationally bound to them, will be made better, I will always take action, even if that means dragging them along to the ballot box.

Our opinion: Whether you won or lost, campaign signs need to be removed

Our opinion: Cities of Selma, Orrville, Valley Grande delivered on Fourth of July