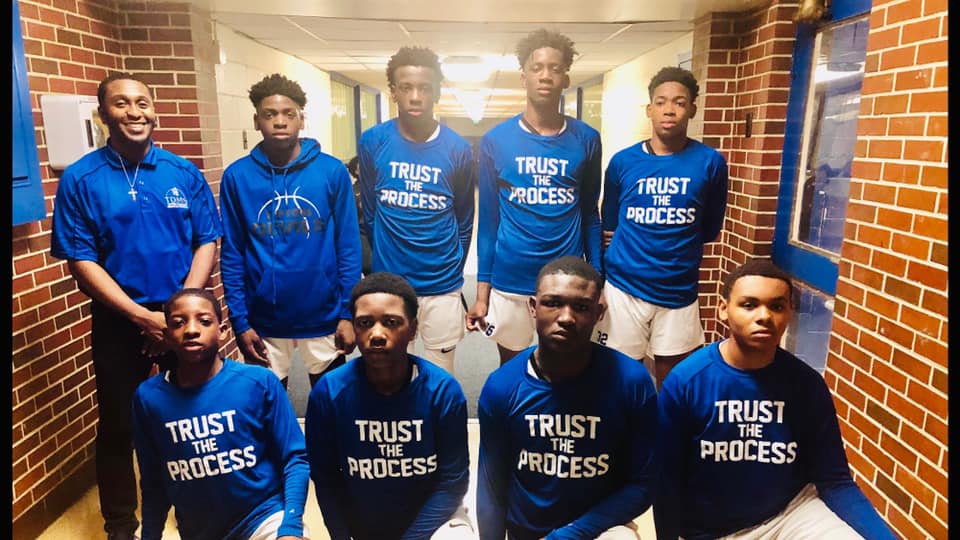 The Tipton-Durant Middle School basketball team had one of the best seasons in school history.

The Blue Devils finished 27-1, including a perfect 22-0 mark during the regular season. Tipton-Durant won the Demopolis Invitational Tournament an finished second  at the Westchester Rocket Invitation in Birmingham.

The team’s theme was “Trust the Process.”

“So many times during a process or journey, we as a people become discouraged by stimuli that has taken the attention from the task at hand. No matter the circumstance, we must continue on a narrow path that cultivates growth and development,” Fails said.

“If we stay the course during the storm, at some point, it has to pass and bring sunshine. Whatever has been produced from the storm’s rain will cause a level of growth that produces fruit from the storm. So, trust the process. No matter what happened the last play, keep pushing to the end.”

Fails said he uses his experiences at Tipton-Durant and Southside to teach the Blue Devil players.

“I am from this community and while I am here, I am willing to go the extra mile to give them what I did not have as a student athlete,” Fails said.