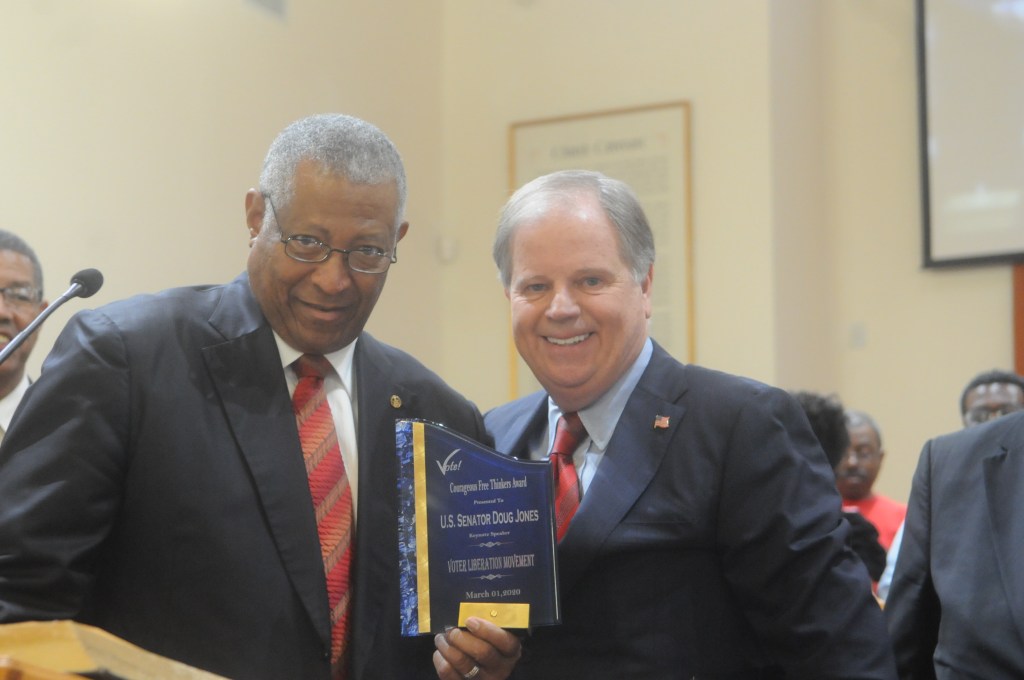 “I have learned to respect and applaud Senator Jones for doing the right thing with indicting and convicting criminal acts,” Perkins said.

Jones thanked the countless people who endured “Bloody Sunday” that resulted in the Voting Rights Act of 1965.

“It’s great to be back in Selma, not just for the Bridge Crossing Jubilee,” Jones said. “I love coming down here talking to my friends and honor those who crossed the Edmund Pettus Bridge in 1965. Selma and the word courageous are synonymous.”

Jones, who was elected in December, 2017, said the 55th anniversary of Jubilee Bridge Crossing.

“This year, the Jubilee feels special,” Jones said. “It’s a reflection of the movement. We are an important of history. We’ve made great progress, but it’s far from over. We need to focus our energy on progress no matter what President Donald Trump is tweeting.”

Jones said the 2020 Election is crucial for America’s future. Jones is up for re-election and endorsed former Vice President Joe Biden as the Democrat Presidential nominee to go against Trump in November.

“This is an important election,” Jones said. “We are in the battle for the soul of America.”

“We have to remember one of the founding foot soldiers, John Lewis,” Jones said.

Jones said one million people in the state are registered to vote, but has never voted.