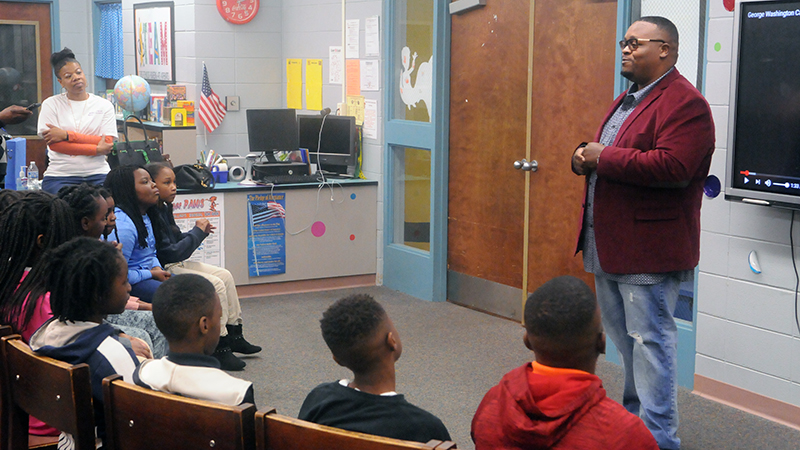 The Selma Chapter of The Links, Inc. partnered with Andre Lawson to present five Sophia P. Kingston robotics students with STEAM “scholarships,” which included a certificate with the student’s name, a gift card and a programmable HEXBUG robot toy.
The five winners of the “scholarships” were Jadarius Tyus, Glenn Johnson, Aubre Andrews, D’Andre Hamner and Calarai Ross.
The students were chosen as the recipients of the award by submitting an essay answering the prompt, “Why is STEAM education important?”
Lawson, who now owns the Georgia-based company Next Level Robotics, is a Selma native who headed to Georgia to follow his own passion working in robotics.
Lawson saw the robotic happenings that were going on at his former school on social media and partnered with The Links as a way give back to Sophia P. Kingston.
Lawson said he was moved to learn how important STEAM and robotics were to the students as he read their essays.
“Robotics are really important to our future,” said Lawson. “There are a lot of lucrative careers in robotics. It’s good to see that these kids, as young as they are, recognize that.”
Before treating the “scholarship” winners and the other robotics students to pizza and cupcakes in the Sophia P. Kingston library, Lawson shared his own story of how he became interested in robotics while working at Hyundai in Montgomery.
Sophia P. Kingston Principal Chimeria Evans said it was great to see community leaders investing in the children’s futures.

Scores show up for SABRA auction