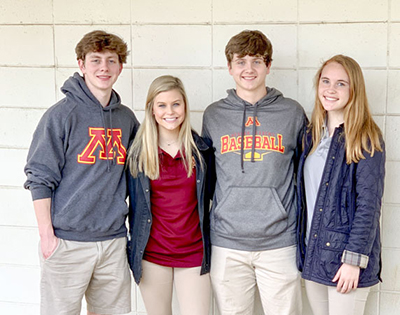 Jeremy Lee, Milam Turner, Averee Adams and Kalee Jones will play in the AISA All-Star games at 6:30 p.m. Friday at the Cramton Bowl Multiplex in Montgomery.

“I’m very proud to have Milam and Jeremy representing our school in the all-star game,” Hutcheson said. “It’s very difficult to make the all-star team in basketball because of the limited amount of roster spots on the team, so it’s great to have two players make it.

“Milam and Jeremy both had great senior years and carried our team to a lot of wins this year. It will be fun to watch these guys represent our school and show out against the best players in the state.”

“They both have been playing basketball for a long time and they deserved to make the team,” Jones said. “Both are good basketball players but even finer young ladies. I’m so proud of both of them and I know they will represent Morgan Academy well.”