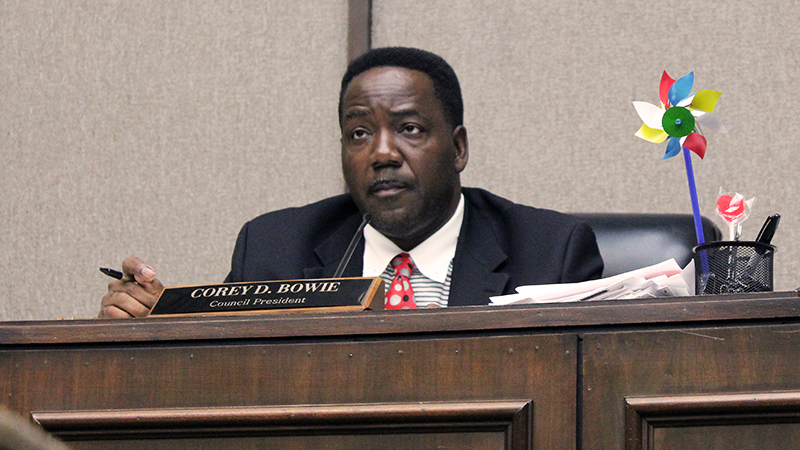 During a special called meeting Thursday afternoon, the Selma City Council approved a transfer of land to the Selma Water Works and Sewer Board, one day ahead of a grant application deadline that the department is hoping to meet.

According to Selma City Attorney Major Madison, the issue was raised by Selma Water Works and Sewer Board attorney Prince Chestnut, who was apprehensive about signing off on a grant without proper documentation of the board’s properties – the Selma City Council voted in November 1968 to transfer the property surrounding the Johnson Water Tower to the board’s control, but the deed was never transferred.

According to Selma City Councilman Michael Johnson, who sits on the Selma Water Works and Sewer Board, the grant application is for funding to repair pump stations, water towers and other board properties.

The council members in attendance – Susan Youngblood, Carl Bowline, Jannie Thomas, Bowie and Johnson – unanimously approved the resolution, but both Leashore and Thomas had reservations.

For his part, Leashore noted that the board does a “marvelous job,” but wondered why there was such urgency to approve the transfer, which Johnson intimated was due to the approaching grant deadline.

Additionally, Leashore confirmed that there is a clause in the resolution that would allow the property to revert back to city ownership if the Selma Water Works and Sewer Board ceases to utilize it.

For her part, Thomas bemoaned the fact that council members had such little time to consider the land transfer – Thursday’s meeting was only announced Monday afternoon – though Johnson asserted that the board had only recently found out about the need to formalize the 1968 agreement.

Elsewhere in the meeting, Thomas took issue with payments going out for unfinished projects across the city and wondered who oversees the work – according to Thomas, a water and sewage project in her ward that began in 2016 is still incomplete.

Youngblood concurred, noting that she too has an unfinished project in her ward.

In the end, no one was sure of who is responsible for ensuring that contracted city work is completed properly.

Later in the meeting, Bowie asked for the council’s permission for him to take action to address the crumbled wall at the base of the 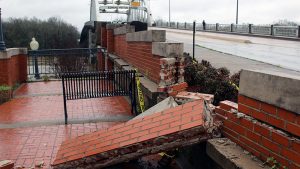 Edmund Pettus Bridge, which was taken out by a driver that left the scene.

Selma City Treasurer Ronita Wade advised that the council move ahead with the repair work, the cost of which will be reimbursed by insurance.

Youngblood recommended that the council contact Henry Brick for assistance with the project.

It is unclear whether the wall will be repaired before thousands of tourists cross the historic bridge during the annual Bridge Crossing Jubilee, which kicks off next Friday.