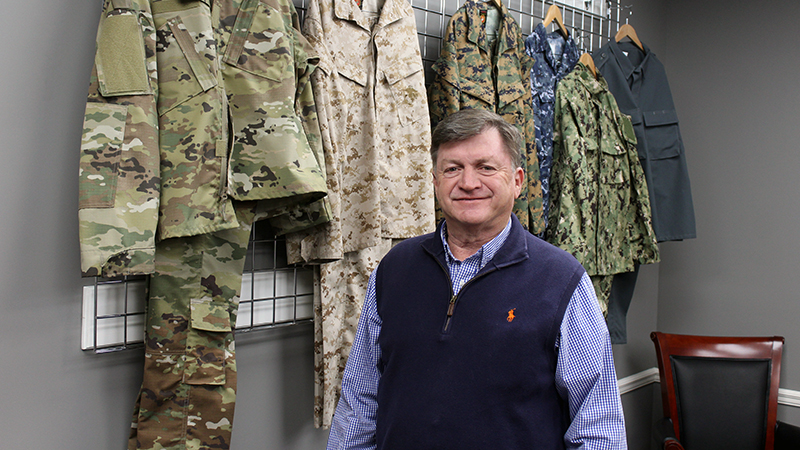 Lambert has been with American Apparel since 2005.

American Apparel’s new President and CEO started out as the General Manager of the company’s Selma and Fort Deposit facilities.

Lambert was soon promoted to Vice President of Manufacturing in 2006.

In 2012, Lambert was promoted again, this time to Chief Operations Officer, the role he held until last week when he was named President and CEO.

After 15 years with the company, Lambert described his rise to the company’s President and CEO as humbling.

“I’m humbled by the opportunity,” said Lambert.  “I think that our company has been through some pretty tough times, but we’ve hung in there and done a really good job of restructuring.”

American Apparel has been manufacturing combat and utility uniforms for all branches of the U.S. military since 1987.

American Apparel has four facilities across Alabama, including those in Centre, Oneonta, Opp and Selma.

The company produces between 80,000 and 100,000 garments on a monthly basis and is a recipient of the Defense Logistics Agency’s (DLA) Silver and Gold Star Awards which is presented to suppliers with the highest rankings in areas of performance, quality and business relations.

According to Lambert, American Apparel is expected to have a successful 2020 as they continue to manufacture military garments and maintain an excellent working relationship with the DLA, their number-one customer.

“All of our facilities are busy and we’re doing great,” said Lambert. “I just can’t say enough about our employees and their commitment to American Apparel and our commitment to our people.”