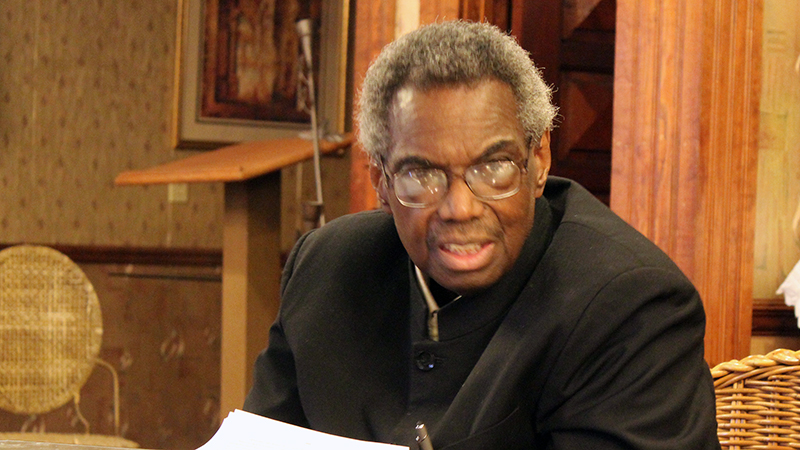 Members of the Selma-to-Montgomery March Foundation and the Bridge Crossing Jubilee held a media conference on Thursday afternoon to make a few announcements regarding the upcoming Jubilee festival which will commemorate the 55th anniversary of Bloody Sunday, the historical climax of the Voting Rights Movement.
This year’s festival will begin Thursday, Feb. 27 and run through Monday March 1.
Bridge Crossing Jubilee and Selma-to-Montgomery March Co-founder Hank Sanders announced that Martin Luther King, III, his wife Arndrea Waters King and their 11-year-old daughter would all be the recipients of the first Martin and Coretta King Family Unity Award.
Martin Luther King, III…Andrea Waters King… [and] Yolanda Renee King [have] been deeply involved in Civil Rights, the Voting Rights struggle and human rights,” said Sanders. “Martin, III, and [he] and Arndrea’s daughter Yolanda became very active and effective in the struggle for justice all from very young ages. Martin Luther King, III has attended almost all of the Martin and Coretta King Unity breakfasts since the very beginning.”
The Martin and Coretta King Unity Breakfast has become one of the Jubilee Festivals signature events over the years.
Other awards presented at the event include the National Unity Award and International Unity Award.
The First national Unity Award has been presented to Vice President Joe Biden and Secretary of State Hillary Clinton.
Dr. James Mitchell, Chair of the Selma-to-Montgomery March Foundation and President of Wallace Community College – Selma, where the event is held each year, called the Martin and Coretta King Unity Breakfast one of the pivotal events during the events during the bridge Crossing jubilee and the commemorations of Bloody Sunday, the Selma-to-Montgomery March and the passage of the 1965 Voting Rights Act.
While the Martin and Coretta King Unity Breakfast is considered one of the “pivotal” moments of the festival, it is only one of several events that will take place over the weekend of the Jubilee Festival.
Jubilee Festival Coordinator Sam Walker said that the festival has grown from just two events to nearly 40 since its founding 28 years ago.
“The Jubilee covers so much and does so much from lifting history and leaders to providing great singing and powerful storytelling,” said Walker.
According to Walker, tickets for this year’s Jubilee Festival, which will take place on Saturday, Feb. 29 and Sunday, March 1, will be $17 and $12 in advance at select locations including On Time Fashions, Selma Beauty Supply and Selma curb Market.
Walker said a complete list of locations for advanced tickets can be found at the Jubilee Festival’s website, www.selmajubilee.com, as well as a schedule of events.
The annual festival has been visited by a number of political figures and celebrities over the years including Barack Obama, Bill and Hilary Clinton, George W. Bush, Al Sharpton and Sean Penn.
Sanders said that more guests, awards and events for this year’s Jubilee will be announced in the coming weeks.