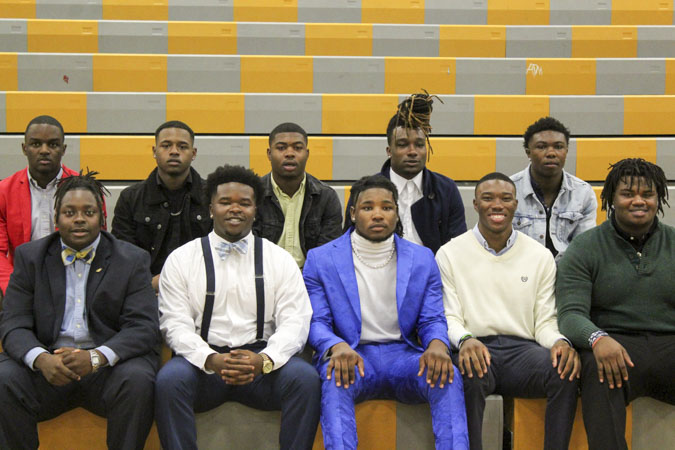 “It means a lot, I’ve always wanted to play college football,” Mollett said. “I also wanted to play in the NFL. I want to make my family proud of me.”

“I’ve been working real hard for this and it’s almost here,” Wade said.

Offensive tackle Jeremiah Wright was the first Selma High player to sign, bringing the total to 10. He signed with Auburn University during the Early Signing Period on Dec. 18.

Gandy guided the Saints to a 6-5 record, a 6A state playoff berth and named The Selma Times-Journal football coach of the year.

“It’s a awesome feeling to give 10 guys a opportunity to play college football,” Gandy said. “This is one of the goals I set when I came to Selma: molding the players into men. It’s a great feeling to know that I’ve started something.”