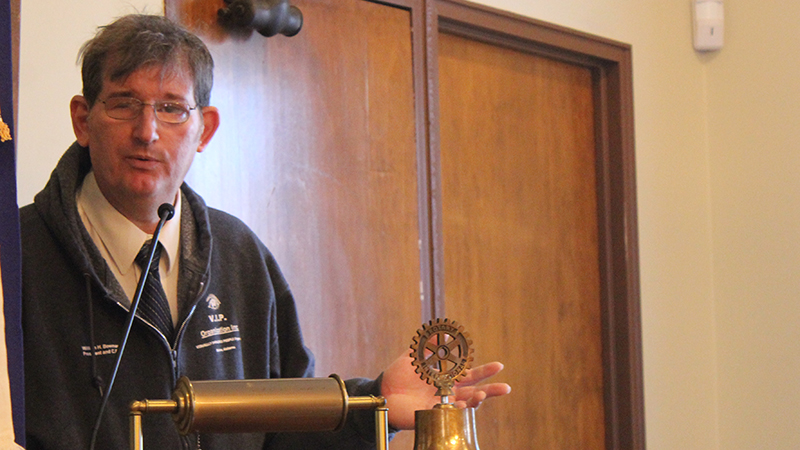 Bowman started VIP around 1995 after some words of encouragement and decided to make “lemonade, lemon pie and anything else out of the lemons he’d been given”.

“The V.I.P. Organization, Inc. is a 501 (c) (3) tax exempt, non-profit organization dedicated to providing low vision educational programs, support and mentoring to the blind and visually impaired of Selma and throughout Dallas County,” said Bowman.

Projects completed by VIP since its founding include anti-bullying programs in local schools, motivational programs and glaucoma screenings.

Bowman said that if someone with any form of glaucoma gets a steroid shot, like the ones given to treat cold symptoms, it can raise glaucoma levels and potentially cause permanent vision loss.

Bowman said that the aforementioned incident happened to him and it took him almost a month to recover and a previous eye surgery he’d undergone had to be redone.

Bowman also encouraged the Rotarians to use eye protection in any case it was required and to have their eyes checked on a regular basis.

“Everything can be changed in an instant,” he said.

The VIP president and CEO related how difficult it could be as a visually impaired person to find transportation and assistance with everyday tasks.

Bowman said that despite difficulties with assumptions made about him because of his visual impairment, he is able to live an independent lifestyle.

“I’ve proven them all wrong,” he said.