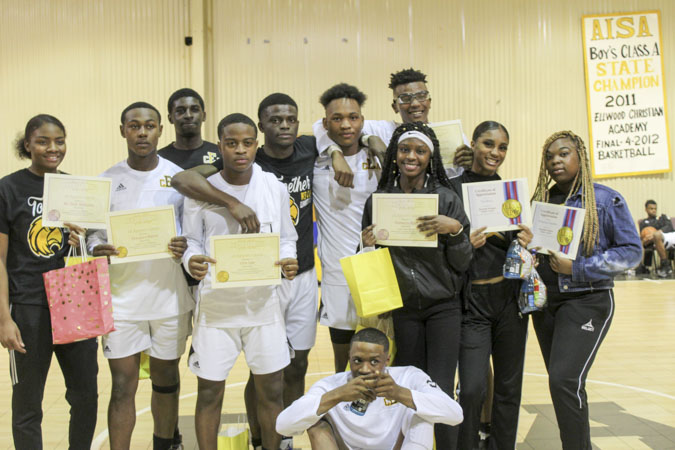 Joseph Mahone scored 31 points as the Eagles cruised to a 85-42 victory on Friday night.

“It means to win on Senior night,” Mahone said. “The seniors on this team are like my brothers. We’ve played together since the seventh grade.”

Prince, Dean and Jones all shined, scoring in double-digits for the Eagles.

Prince and Dean each scored 11 points. Jones finished with 10 points.

The Eagles dominated from the opening tip, leading 23-10 after one quarter and 45-27 at halftime. Mahone had 19 points in the first two quarters.

ECA emptied its bench for most of the second half, as Jones and Walker both played significant minutes.

Billingsley girls 44, ECA 43: The Lady Eagles had several chances in the closing seconds to pull out a dramatic victory, but they missed several shots over the last 10 seconds.

ECA led 24-18 in the second quarter, only to see Billingsley reel off seven straight to lead 25-24 at halftime. The Lady Eagles never led again.

Pratt and Keziah Williams were the senior girls basketball players honored at halftime.

Tia Berry and D’Aveyun Sanders were the senior cheerleaders honored at halftime.