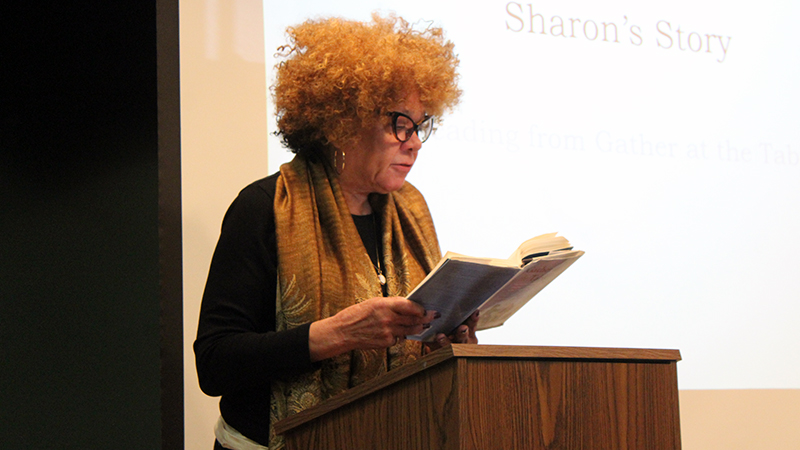 The Selma Center for Nonviolence, Truth and Reconciliation (SCNTR), Black Belt Community Foundation (BBCF) and Truth, Racial Healing and Transformation (TRHT) Selma held a book talk on Tuesday morning in which author Sharon Leslie Morgan discussed the book she co-wrote with Thomas Norman DeWolf, “Gather at the Table: The Healing Journey of a Daughter of Slavery and a Son of the Slave Trade”.

Before Morgan took to the podium to discuss her work on the book, SCNTR Senior Community Organizer Brendan O’Connor said a few words about what Morgan’s book has meant to him.

Upon researching his own genealogy, O’Connor discovered his own ancestors owned slaves.

O’Connor said that Morgan’s book helped him deal with the revelation and that he learned to not only accept the beauty of his genealogy, but the tragedy of it as well.

“We can’t just accept one without the other,” he said.

At one point during the presentation, Morgan read an excerpt from her book in which she described diving into her own genealogy.

“Studying genealogy makes me painfully aware of the absolute horror of all that slavery was,” she read. “The pathos emerges vividly through underground research. When I started researching my family, it almost instantly became an obsession. In confirming slaves on both sides of my family, I was filled with horror and sorrow. With every name I uncovered, I yearned to put flesh on the bones of people who made me but were now long dead. I read everything I could find.”