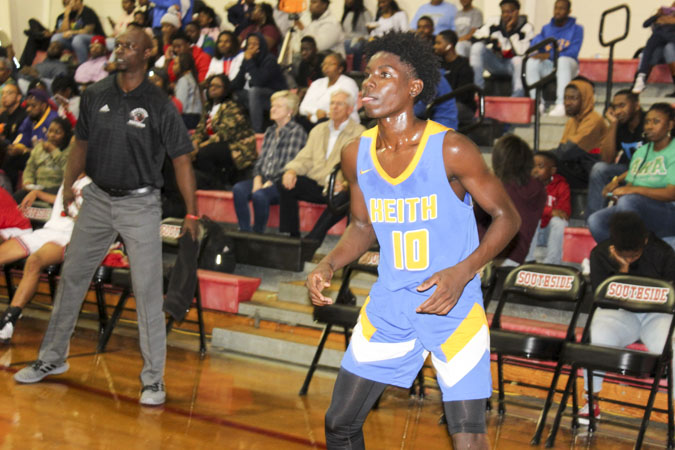 Four players helped the fifth-ranked Bears prevail to a 61-50 victory on Friday night at Southside Gymnasium.

When Jones headed to the bench with 2:00 left before halftime, Southside led 24-18.  The Bears closed the half with a 14-4 spurt to lead 32-28 at halftime. Lumpkin, Tisdale and Milhouse each made three-point baskets during the stretch.

“Lumpkin, Milhouse and Tisdale all have been doing that all year for us,” Keith coach Clifton Reeves said. “Mart’Chavious played some big minutes and grabbed key rebounds for us when Arayvion went out with foul trouble.”

Jones led Keith with 16 points, 15 rebounds and eight blocked shots. The All-state performer said he’s proud of his teammates for delivering in the clutch.

“I told the players they had step up without me,” Jones said. “We’ve played with me being in foul trouble. In the second half, I played in control and not get any fouls.”

Tae Spears led the Panthers with a game-high 24 points. He was the only Southside player in double figures.