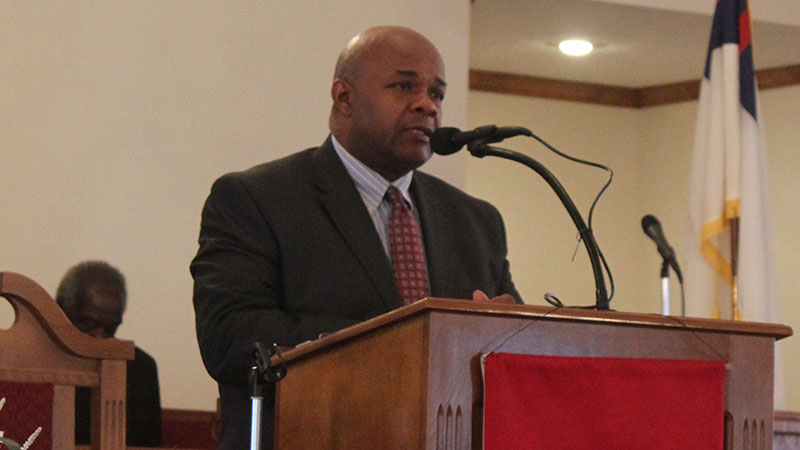 The Selma-Dallas County Emancipation Proclamation Committee celebrated the start of 2020 with the 157th Annual Observance of the signing of the Emancipation Proclamation on Wednesday afternoon.
After a reading of the Emancipation Proclamation by Selma-Dallas County Students, Dallas County Probate Judge Jimmy Nunn took to the podium as the event’s guest speaker.
After thanking God and the people of Dallas County for their help in being elected the first African American probate judge of Dallas County, Nunn encouraged everyone in the audience to be thankful for the new year.
Nunn then began his speech, focusing on African Americans and the right to vote.
After several examples of voter suppression in America, Nunn talked about the progress the nation has made since the Voting Rights Act was passed in 1965.
“Look at us today,” said Nunn. “We have made some progress. We have black congresswomen and congressmen, black mayors judges, attorneys, superintendents and police chiefs.”
Nunn then asked the audience if the same progress was being made that was achieved by the Foot Soldiers of the Voting Rights Movement.
Nunn the challenged the audience not to be complacent and not to take their right to vote for granted.
“We as American citizens must protect our right to vote every day,” said Nunn. “We must understand that we cannot change America, we can not change Alabama, we cannot change Selma nor Dallas County until we unite and become one and understand the power that we have with our vote.”