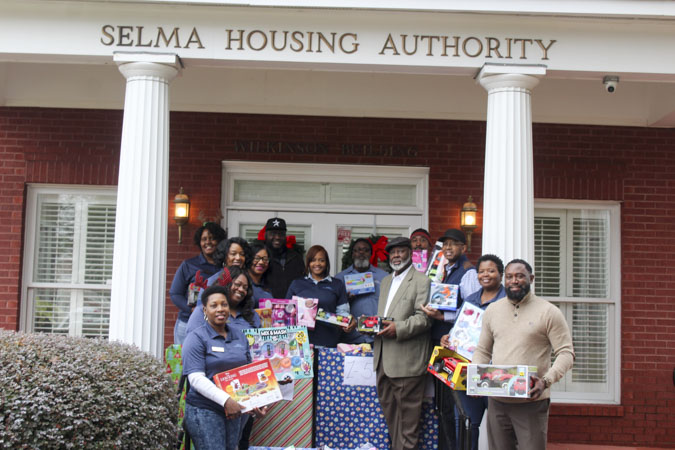 SHA Executive Director Kennard Randolph said it’s part of the organization is grateful to give back to their housing areas.

“It’s always a joy to bring smiles to children’s faces,” Randolph said. “We are grateful to give back to our tenants. We want to let them know that the Selma Housing Authority cares about them.”

Randolph said the toys were given to kids between the ages of 1 and 14 in their housing areas.

“We want to be a blessing to the kids in our communities and spread Christmas love,” Randolph said.

This is Randolph’s second year doing the SHA Toy Drive. He became SHA Executive Director on Aug. 6, 2018. Previously, he was the Congressional Blackbelt Outreach Manager for U. S. House of Representative Terri Sewell and the 7th Congressional District of Alabama.