Chestnut kicks off campaign for state school board seat 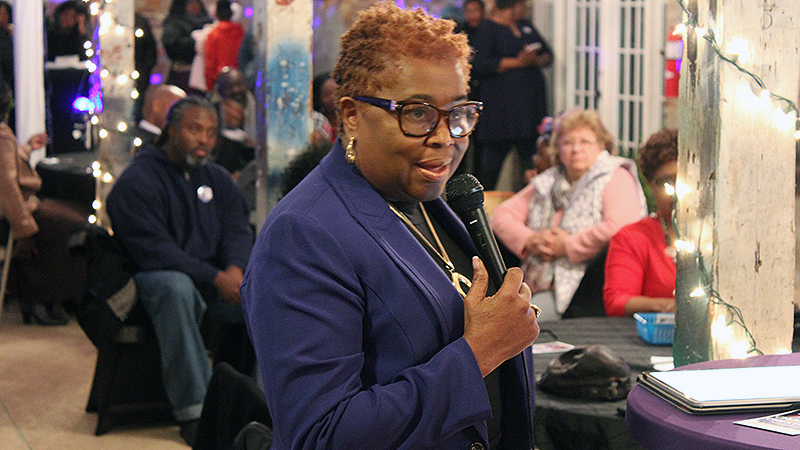 Dr. Tonya Chestnut kicked off her campaign to run for the District 5 seat on the Alabama State School Board on Tuesday night.

Despite its size, Chestnut conveyed that she is up to the challenge of serving District 5 before a crowd of supporters at Courtyard by the River in downtown Selma on Tuesday night.

After supporters shared their stories of working with Chestnut, the candidate delivered a speech outlining why she believes she is qualified for the position.

“I am seeking the [Alabama] State Board District 5 Seat because I desire to represent District 5. Why? Because I am District 5,” said Chestnut.

During her 36 years as an educator within District 5, Chestnut has served at nearly every level as a teacher, assistant principal, principal, federal programs director, curriculum supervisor and principal coach.

“I am committed to being the voice that speaks and listens, the one that serves and desires the best for all children. I am not just seeking a position but continuing a mission,” said Chestnut. “My commitment is to use the experiences I have gained as I walked the halls of schools in District 5 for 36 years. I am the choice for the children.”

School safety, success for every child and equity for high poverty schools are among the issues Chestnut cited as a list of priorities she aims to address if elected in March.

“As an educator, I am committed to meeting the academic, physical and emotional needs of all of our children,” said Chestnut. “My commitment is that I will focus on school safety. But in addition to that, my focus is that there is success for every child. Research has proven that just because you may not have financial resources, it does not mean that you cannot learn.”