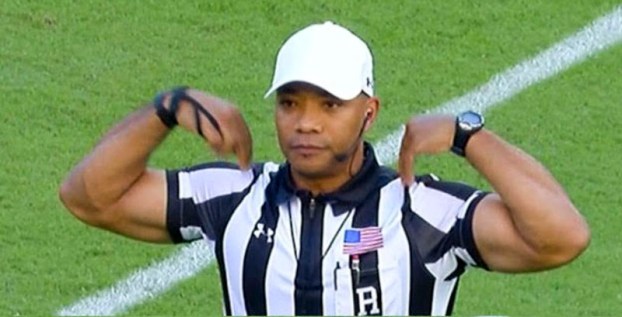 A Selma resident has quickly become one of the SEC’s top football officials.

James H. Carter Jr. is coming off one of his biggest assignments: the SEC Championship Game between No. 1 LSU and Georgia. It was Carter’s first time officiating the league’s annual championship matchup.

Carter said he didn’t make a big deal of  being part of the official crew. He’s one of two black head referees in the SEC.

“In our minds, it was just another game in the SEC,” Carter said. “I guess more eyes are watching the SEC Championship Game. We did the same things we’ve always done: hold pre-game meetings on the day of game. We have no different type of preparation.”

Carter became an official in 2005, moving into the SEC five years later.

The 51-year-old Carter is following in the footsteps of his father, James H. Carter Sr., a former Selma City Schools Supertindent. The elder Carter was also a referee.

“My brother and I used to go to games with our father and we saw the crowd reactions whether it was good, bad or indifferent,” Carter said.

Carter, who works in the Insurance Industry in Birmingham, said he understands the criteria of being a top-notch official.

“The challenge of being a referee is to be 100 percent,” Carter said. “You know the calls will never be 100 percent correct, but you want it to be.”

Carter has fond memories growing up in the Queen City. He attended Cedar Park and Edgewood Elementary Schools, Westside Junior High and graduated from Selma High in 1986.

Family is a big part of Carter’s life. He’s been married to JuanSonya Carter for 23 years. They have two children, JaJuan and Jaylen.

Southside High has one of Dallas County’s top scoring basketball teams. Mix in a little defense, the Panthers are tough to... read more