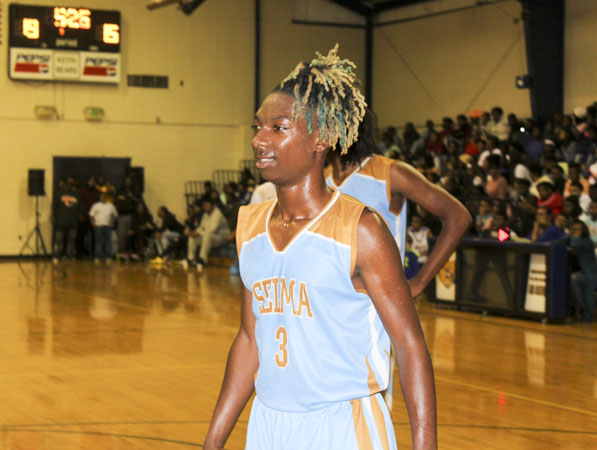 Intense cross-county rivals Selma High and Southside meet for the first time this year on the basketball court.

The Saints and Panthers each have new head coaches, Daron Rembert and Darrell Walker, respectively. They expect the usual heated contest between the two Queen City schools.

“We understand the external nature the game takes on from a crosstown rivalry viewpoint,” Rembert said. “However, our motto is that we are getting better with every opportunity.”

Walker, a graduate of Selma High, said he knows what to expect Friday night.

“This is for the battle of Selma,” Walker said. “We know it will be a dogfight. It will be very intense. This will be great barbershop talk. Both teams are playing great at the same time. It’s great for the city.”

Rembert views the contest as a springboard  to a successful season.

“We see this as our next opportunity to get better as a collective unit while gaining valuable experience as individuals,” Rembert said.

“We are expecting a highly competitive game as I know their coaching staff will have them ready to go, but we are also making our own preparations.”

Selma and Southside each have explosive high-scoring guards capable of scoring over 30 points.

The Saints are led by Jarvis Moss, known for his ability to win games in the closing seconds.

Guards Taye Spears and Christopher Thomas are both capable of having big nights driving to the goal or hitting three-point shots.

The girls’ contest between Southside and Selma should also be competitive and intense.

Parker and Brown were teammates in the Alabama All-Star basketball game last year.  They played on the South squad.