SCS names Teachers of the Year 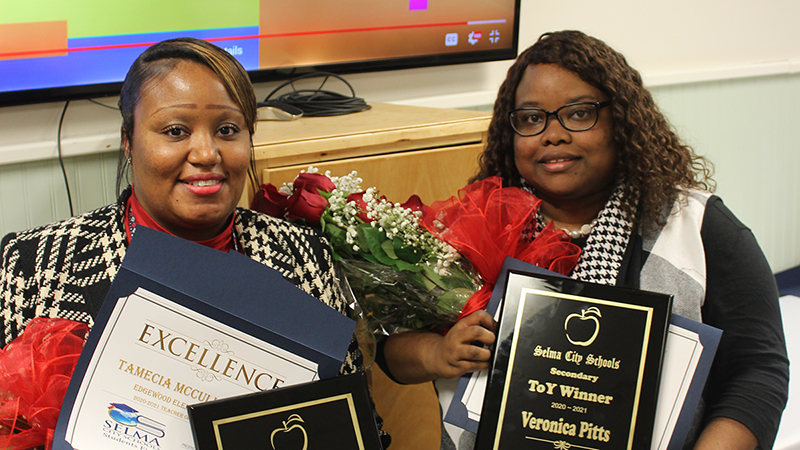 Selma City Schools (SCS) crowned their elementary and secondary teachers of the year on Tuesday morning at a luncheon held at the Bosco Nutrition Center.

Smith, a third-grade teacher at Edgewood Elementary School, said being named Elementary Teacher of the Year was a humbling experience.

“I don’t look for recognition,” said Smith. “I do what I have to do for the sake of our children.”

Smith, now in her 15th year as an educator, said she wanted to be a teacher since she was a child, going so far as to teach her dolls.

“I believe all children can learn, but we have to go the extra mile,” said Smith.

Pitts, a history teacher at Selma High School, called being named Secondary Teacher of the Year a “full circle moment.”

“I don’t do it for this [recognition],” said Pitts. “I truly do it for [the students]. I understand where they’re coming from.”

Pitts earlier said she became a teacher because of the positive influence her own teachers had on her when she attended Selma High School.

Both Smith and Pitts will go on to represent Selma City Schools in the Alabama Teacher of the Year competition.

“When I think about teachers of the year as being such exemplary examples, it just gives my heart joy,” said Williams.