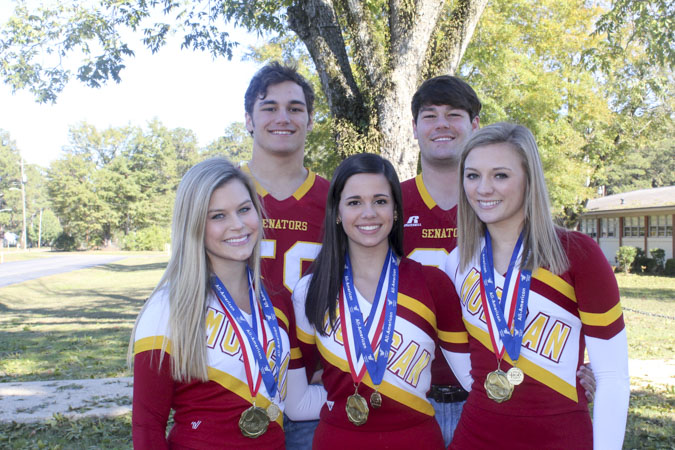 Morgan Academy will have strong representation in the AISA All-Star Football game Friday.

A combined five players and cheerleaders from Morgan Academy will participate in the private school annual All-Star game at the Cramton Bowl in Montgomery at 6:30 p.m.

“I’m extremely proud of those two. They’ve had a good high school run that includes a trip to the semi finals and a 9 win season,” Thacker said. “Both are very deserving and we’re excited for them.”

Thacker also praised the leadership and dedication of Ingram and Cargill.

Harrelson said participating in the All-Star game is a big honor.

“It is a privilege to work with these girls and be chosen to represent Morgan Academy,” Harrelson said.