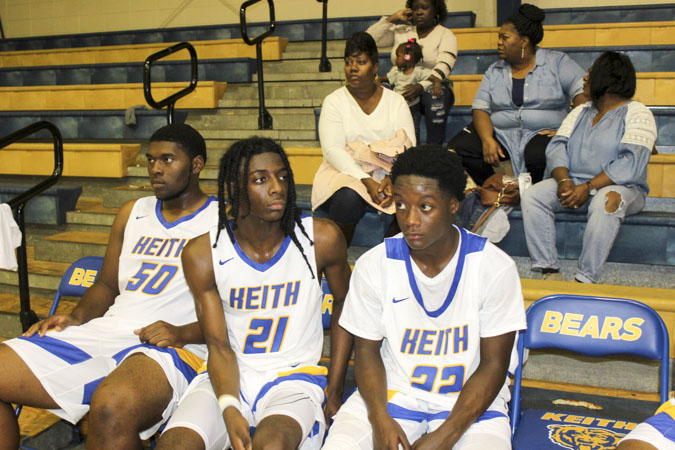 Arayvion Jones scored 19 points and grabbed 21 rebounds as the Bears prevailed 61-52 on Tuesday night in Orrville.

The Bears (6-1) put their once-beaten record on the line against Selma High on Friday night at home.

Keith outscored the Bulldogs 9-0 in the last two minutes to pull away. Jones, DeCarlos Moore and Jeffrey Callens all made big shots during that stretch for the Bears.

“We started off slow, but we picked it up in the second half,” Jones said. “We’ll have to step up and compete against Selma High on Friday.”

Clarke County girls 51, Keith 30: Poor shooting doomed the Lady Bears. Keith led 12-6 after one quarter, but Clarke County bounced back to lead 17-15 at halftime. Clarke County outscored Keith 17-3 in the third quarter and eventually pulled away.