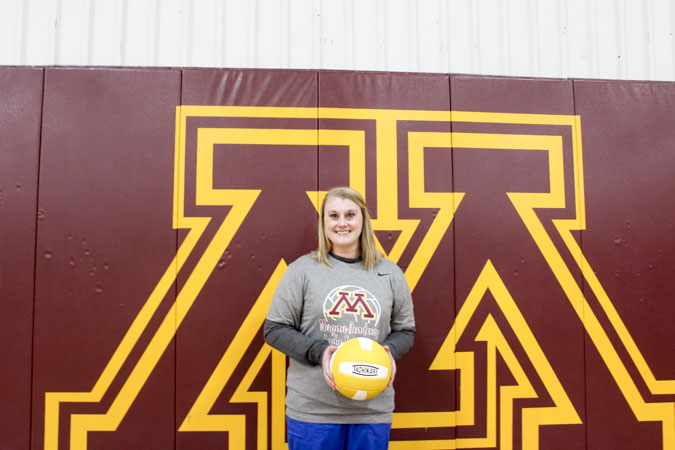 Lovelady is The Selma Times-Journal’s volleyball coach of the year. She edged out  Katey Smith of Meadowview Christian School for the honor.

It was Lovelady’s first year as Morgan Academy’s coach. She guided the Lady Senators into the Elite Eight and was a co-coach in the AISA All-Star volleyball game.

“I feel special and I feel appreciated,” Lovelady said. “I worked so hard to coach this team.”

For Lovelady, it’s an honor to follow in her father’s footsteps. She played for Burton at MCS.

“My dad is my number one role model in my life,” Lovelady said. “My dad taught me everything I know about volleyball.Volleyball started in my life when I was 10 years old. I learned how to play volleyball in my backyard.”

Burton said he’s thrilled to have Lovelady following in his footsteps.

“I’m real proud of Jessica,” Burton said. She’s doing something she always wanted to do. I know how hard it can be teaching and coaching volleyball.”

Lovelady’s balancing act as a coach, wife, mother and dental hygienst, also made her stood out.

Maggie Colley, The Selma Times-Journal’s volleyball player of the year, said she enjoyed playing for Lovelady.

“Coach Lovelady spent most of her time with the volleyball team,” Colley said. “She has a job, a husband and two kids.”