DFC gives thanks to community partners with annual luncheon 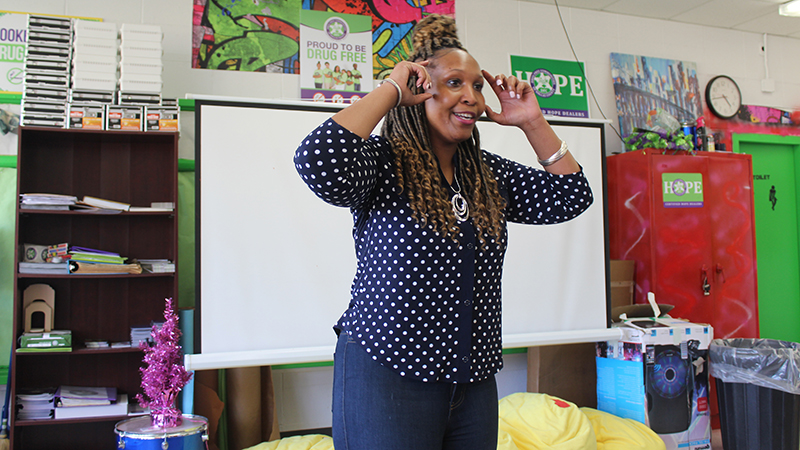 Drug Free Communities of Dallas County held its annual Thanksgiving luncheon on Thursday afternoon to show thanks to the organization’s community partners.
Among those in attendance were local educators, firefighters, police officers and business owners, all of which who partner with the DFC on a regular basis.
“Since Thanksgiving is a time to be thankful, we just wanted to show our thanks to our community partners,” said DFC Executive Director Jerria Martin. “The work that we’ve done came from the community’s support.”
Martin said the evidence of the community’s support for DFC is apparent all over Selma based on all of the “Hope Dealer” signs displayed at several local businesses.
“It takes the community to come together and combat theses issues, so we just wanted to say thanks to the community,” said Martin.
After everyone helped themselves to a plate of food, Martin delivered a presentation on how the DFC has used various strategies to decrease alcohol use amongst teens throughout Selma and Dallas County.
According to the data presented by Martin, has hosted 60 school-wide drug prevention events, trained 300 Junior hope Dealers who regularly engage in bi-weekly meetings, reached 130,000 people through youth produced and developed drug free viral videos and reached over 1,000 people through the Junior Hope Radio Show on 96.3 Da Bomb.
According to the statistics provided by Martin, the number of teens who’ve used alcohol within the last 30 days is down 2.9 percent since 2016, the number of parents who feel it is not wrong for teens to use alcohol is down 2.65 percent since 2016, the number osf students who report they do not fear the consequences of being caught with alcohol are down 4.5 percent from 2016 and the number of youth who report access to alcohol at family and community events is down 32.7 percent since 2016.