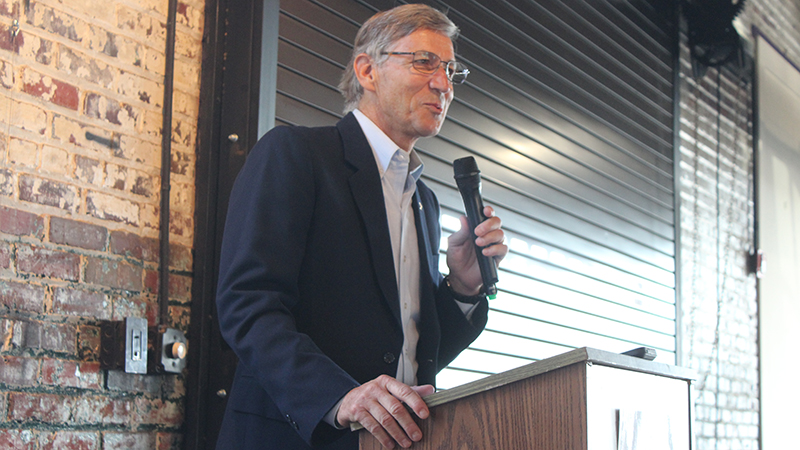 The MJ 93-90 Foundation and the Selma-Dallas Chamber of Commerce held their annual Veterans Appreciation Breakfast on Thursday morning at ArtsRevive.

According to Selma-Dallas County Chamber of Commerce Executive Director Sheryl Smedley, the event has taken place for the past four or five years, though this year was the first time the breakfast was held at ArtsRevive.

Smedley said the event began as a way to honor and thank local veterans for their service and sacrifice.

“It’s very important for people to know that people give their lives, they give limbs, they give whatever to protect their country,” she said. “Freedom isn’t free.”

The veterans and their families enjoyed a breakfast buffet featuring bacon, sausage, scrambled eggs, grits, biscuits and fresh fruit before the event got started.

Corrigan shared his military background, delivered an update on the happenings at Craig and shared a message with all of the veterans in attendance.

Corrigan said that a nation that doesn’t honor its heroes loses its soul.

“That’s why we honor our heroes,” said Corrigan. “We celebrate Veterans Day to honor the great men and women, past and present, throughout history, who left their homes to serve our country.”

Corrigan challenged the veterans present to share their stories and inspire a new generation of future veterans.