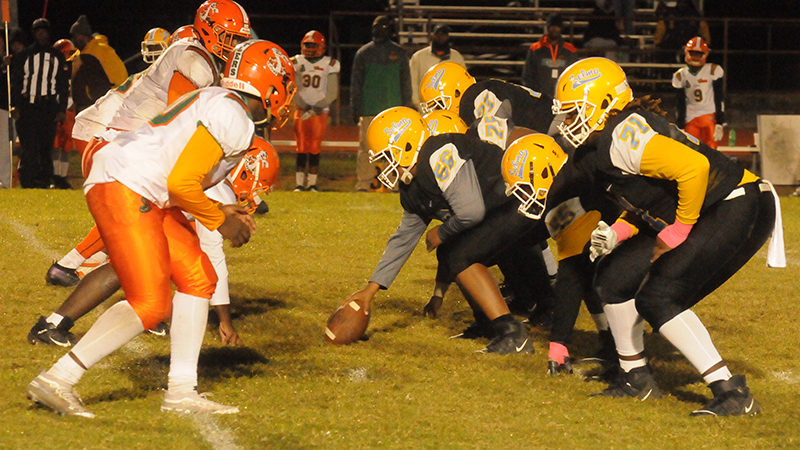 Dallas County at Lincoln: The Hornets went from 1-9 to 4-6 under first-year head coach Heath LeVert.

“I personally can not wait for Friday to get here,” LeVert said. “Being my first year as head coach, it means even more for me and this team.”

LeVert is impressed with a talented Lincoln squad.

“Lincoln is a great team with an electric offense,” LeVert said. “We’ll have to contain their quarterback all night, which has been difficult for most teams this year.  He is an athletic young man with a bright future.”

“We’re excited about being in this position,” Keith coach Anthony Lumpkin  said. “We’ve seen Lanett on film, they’re fundamentally sound. They have speed on both sides of the ball. Lanett is a well-coached team.”

The Bears will need a career contest from quarterback Jared Edwards, who had 335 yards of total offense and three touchdowns in their homecoming victory over R.C. Hatch last week at J.V. Caldwell Stadium in Orrville.

“We wanted to win homecoming so we can head into the playoffs on a winning note,” Edwards said.

Lumpkin believes Keith has an opportunity to pull off the upset of Lanett.

“We have a gameplan going into the game and if we execute our offense, I like our chances.”

Selma High at Hueytown: The Saints (6-4) are making their first state playoff appearance since 2013.

First-year head coach Willie Gandy said he saw the Saints’ potential after taking the job during the summer. The Saints went from 4-7 to a winning season in just one year.

“Our kids are really excited about this opportunity to be in the  playoffs,” Gandy said. “The kids deserve the opportunity to compete in the playoffs.”

Offensive tackle Jeremiah Wright, Nick Parnell and Amarian Mollette are among the seniors who will end their Selma High football careers in the postseason.

“It will be the first time for our senior class, I’m extremely proud of these guys,” Gandy said.

Wright, who’s verbally committed to play at Auburn University next year, said he’s grateful to finish his Selma career in the postseason.

“It means more than a lot because people doubted us,” Wright said. “We had no support, but we still continue to go hard and give it our all on the field.”

Gandy said the Saints will need to play their best against a loaded Hueytown squad.

“Hueytown is a good football team,” Gandy said. “They have a stingy defense that plays hard and get to the football. No doubt, this will be a tough game.  We’re looking forward to playing a very good football team in Hueytown this Friday.”