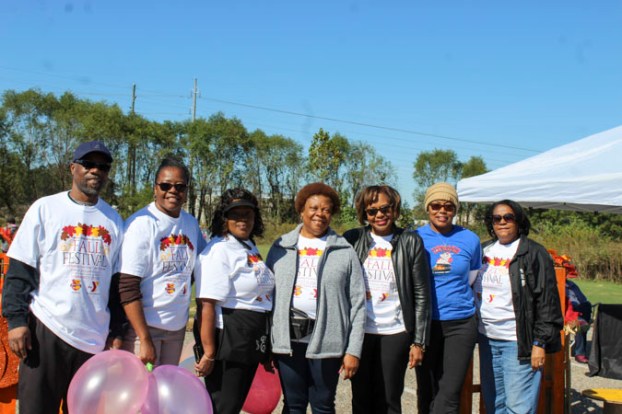 Based on the overflow parking lot and capacity crowd, the event was a success. Birmingham and Montgomery residents attended the event along with Dallas County residents. An assortment of vendors offered food and jewelry. Games were available indoors and outdoors.

“We wanted to bring the community together and wanted everyone to have fun,” MJ 93-90 Executive Director Yolanda Effinger said. “We had a little bit of something for everyone.”

“Hosting the fall festival was a huge get for the YMCA,” Maxwell said. “We have very similar goals.’’

“The YMCA has always been important to me,” Johnson said. “I don’t know where I’d be without the YMCA to help my son. We both wanted to do an event for the whole family.”

The MJ 93-90 Foundation was created by Michael Johnson, a former Dallas County High standout and NFL veteran. Johnson, who has a degree from Georgia Tech, played 10 seasons in the NFL.