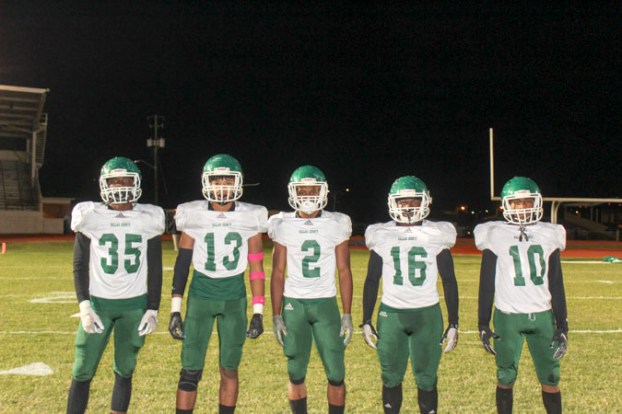 Dallas County tuned up for the Class 4A state playoffs with a 70-0 victory over Ellwood Christian Academy on Thursday at Memorial Stadium.

The Hornets (4-6) will travel to Lincoln in round one next Friday.

Dallas County dominated the outmanned ECA squad from the opening kickoff under chilly conditions. The Hornets led 19-0 after one quarter and 40-0 at halftime. The game had a three-minute running clock in the third and fourth quarters.

“We played well on offense, defense and special teams,” Hornets coach Heath LeVert said. “I thought we handled what we could control. We got to play a lot of kids who hadn’t played all year.”

Aaron Fails scored four touchdowns and ran for 103 yards for the Hornets. Quarterback Calvin Griffen ran for two touchdowns and threw for another score.

De’Maruis Wilson scored on a 40-yard kickoff return, Kenderrick Jones had a 40-yard touchdown run and Markeice Stallworth added a 20-yard interception return for a touchdown to lead the Hornets. The Hornets’ defense also had a safety in the end zone.