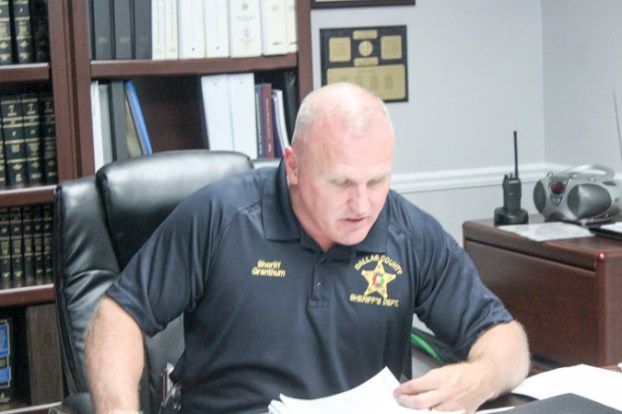 According to Dallas County Sheriff Mike Granthum, Danathian Crum, 30, was fatally shot on Oct. 25 at 714 A Apartment A, located on Craig Field. Granthum said the incident happened a few minutes before 8 p.m.

“Dispatch received a 911 call about a burglary in progress, a young juvenile said she heard shots being fired,” Granthum said. “The deputies arrived on the scene and saw the male victim bleeding.  A few residents took him to Vaughan Regional Medical Center’s Emergency Room and was pronounced dead.”

Granthum said evidence has been collected and that the DCSO have people of interest for the crime.

“With forensics and help of the community, we’ll be able to solve this quickly,” Granthum said. “We don’t know the motive or if the guy had enemies. There was a little money left at the scene. The man answered the door and was shot multiple times. There was no struggle, it was an ambush. We don’t know if it was a burglary. The man had no record.”

Granthum praised the 911 caller courage during the shooting. The victim was her mother’s boyfriend. He didn’t reveal the identity of either.

“The little girl stayed on the phone with her mother the whole time,” Granthum said. “She knew where to hide. Whoever taught her, they did a great job. She was taught well.”