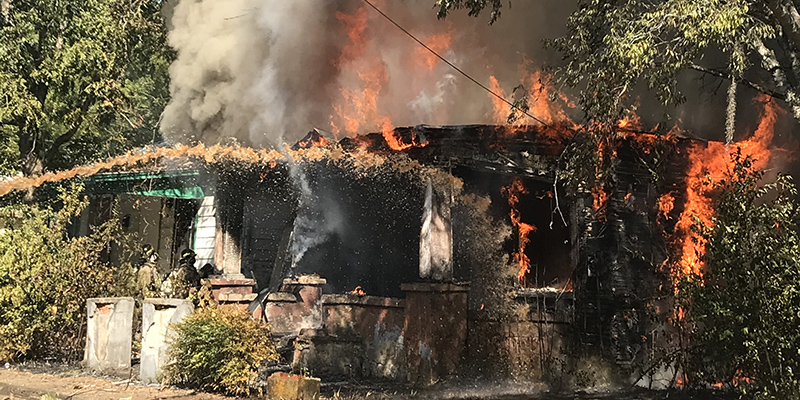 The Selma Fire Department (SFD) responded to a structure fire in the 200 block of L.L. Anderson Avenue on Wednesday morning.

According to SFD officials, nobody was injured in the fire and the home was abandoned.

The call came into the SFD around 10 a.m. and the fire was considered under control around 10:30 a.m.

Selma City Council member Jannie Thomas said the house fire was in her ward and that this was not the first abandoned home that had caught fire in the ward in the past month.

“In Ward 7, there have been four abandoned homes that have burnt down,” she said. “We don’t know what’s going on but in the daytime like this and this time of the morning, there should not be a fire. Nobody lives in that house; it has been vacant for quite some time. There is no electricity going through there and we would like to find out what is going on with these abandoned houses being on fire. We need to figure out what is causing these fires.”

As of Wednesday afternoon, the cause of the fire is still being investigated by SFD.