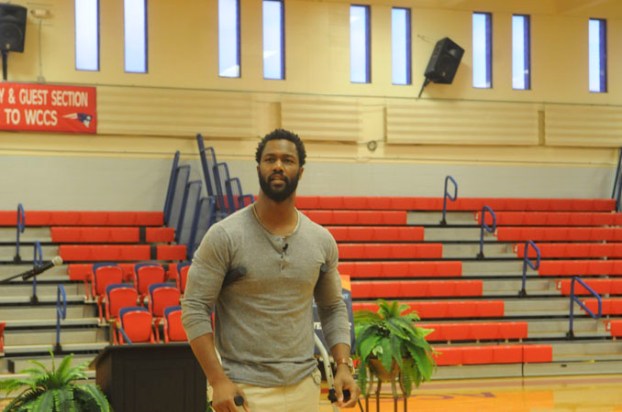 After 10 years, Michael Johnson has decided to walk away from the NFL.

The former Dallas County High School standout made the announcement at the opening of the Best Buy Teen Tech Center.

Johnson played  defensive end for the Cincinnat Bengals last year. Johnson spent nine of his 10 NFL seasons with the Bengals. He played with the Tampa Bay Buccaneers in 2014.

“I want to spend time growing as a man, as a husband and as a father,” Johnson said. “I’m excited about entering the next phase of my life.”

Johnson had hip surgery in the offseason. The Bengals did not re-sign him. Johnson played the 2018 season on a one-year contract.

For Johnson, his path to success began at Dallas County High.

Johnson was the class valedictorian in the Class of 2005.

After high school, Johnson signed a scholarship with Georgia Tech and was an All-ACC selection between 2005 and 2008. He eventually returned to Georgia Tech in 2015 and earned a college degree.

Cincinnati picked Johnson in the third round of the 2009 NFL Draft.

Johnson’s mother, Thomasene Johnson, ran the MJ-93 Foundation while he played in the NFL.

“Michael has been in the league for 10 years, his body’s telling him it’s time to retire,” Thomasene Johnson said.  “He still plans to be in and out of Selma doing his business ventures.”

Keith High arrived for its season-opener against Southside 15 minutes before the match began. The Lady Bears made quick work... read more