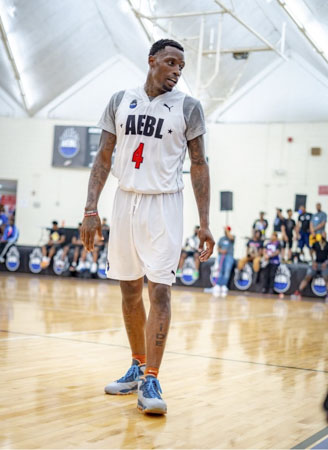 A former Concordia College basketball player will be playing professionally overseas next month.

“I’m overwhelmed and rejoiced,” Cunnings said. “I’ve wanted to do this for a long time. I’ve sacrificed a lot.”

The 6-foot-5 Cummings said playing for Concordia helped developed his skills as a basketball player.

“It was a humbling to play at Concordia,” Cummings said. “Being in Selma slowed me down and allowed me to think situations through. Playing basketball was the only thing to do in Selma.”

Since leaving Concordia,  Cummings has played in several semi-pro leagues. His most recent team was the South Florida Gold, a American Basketball Association squad based in Lake Worth, Florida.

Cummings averaged 21 points, 6.4 rebounds and 4 assist per game as the Gold reached the league finals. South Florida was four points away from winning the minor league league championship.

“The NBA will always be the best because of its fan base,” Cummings said. “Pro basketball is really good overseas. A lot of NBA players play overseas now.”

Cummings said he has a plan set in place for his overseas journey.

“My goal is to go over there and be a student of the game,” Cummings said. “There’s things in basketball I still have to learn. I get to visit another and play basketball at the same time.”