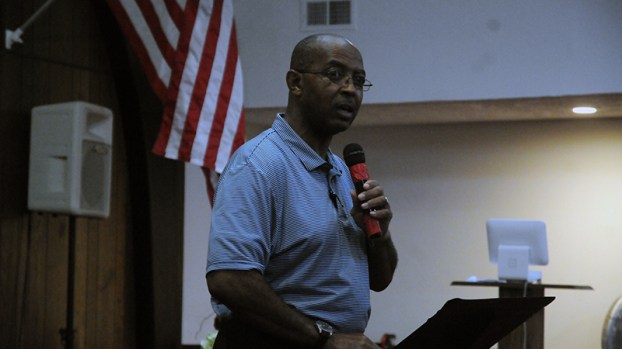 Beginning around mid-July, Pastor John Grayson of Gospel Tabernacle Church began conducting a “Focus on the Family” Bible study in which members of his congregation gather for dinner and the learn about the power of strengthening families.

Grayson felt the need to encourage the strengthening of families after a wave of violence in Selma that struck a few years ago.

Grayson encourages families to schedule intentional quality time with one another.

Pastor Grayson’s wife, Cece, used their familiy’s own weekly tradition as an example of creating intentional time with one another.

“We go to Wendy’s on Sunday nights and get frosties,” she said. “That’s our together time. We just get to talk about things. I think that’s important for all families.”

Communication is one of the values emphasized in the Focus on the Family study.

Selma Police Department Sgt. Walter Curtis, who also serves as a Deacon at Gospel Tabernacle, attested to the power of communication.

As a police officer, Curtis sees instances of issues between children and their parents every day that can be solved through communication.

Ghytana Goings, who serves as Gospel Tabernacle’s Youth Director, said that the program has helped her become more intentional with her family time.

“It’s about asking those good questions,” she said. “And listening to what they aren’t saying.”

Grayson believes that strengthening families is the key to thriving communities