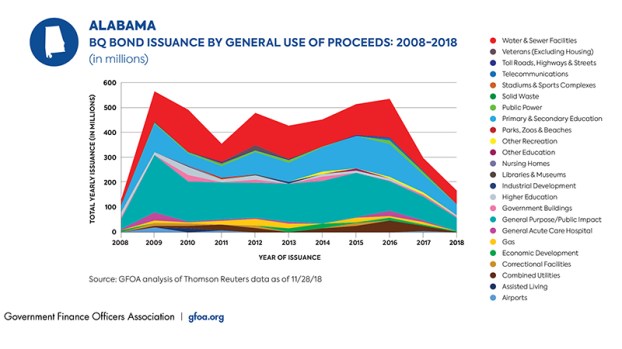 Infrastructure bill could be boon for Selma

The legislation is designed to expand access to low-cost capitals for municipalities and non-profits and will increase the annual limit for municipal bank-qualified bond borrowing from $10 million to $30 million.

The increase will afterwards be indexed to inflation – the previous $10 million limit was set in 1986 and, in today’s money, is not sufficient to fund a majority of community projects.

Additionally, the bill applies the bank-qualified debt limit on a borrower-by-borrower basis, rather than aggregating all bonds issued by a conduit issuer, allowing schools, hospitals and other community organizations to more easily access funding.

“When it comes to infrastructure and community revitalization projects in Alabama and across the country, the need is constant, but too often local governments and non-profit entities struggle to obtain the financing necessary to move forward with these endeavors,” Sewell said. “Expanding the availability of bank-qualified bonds will help local governments and non-profits afford critical construction projects and stimulate their economies, all while providing significant savings for Alabama taxpayers.”

Selma City Councilman John Leashore, who heads up the city’s Public Works and General Services Committee and stays focused on the city’s infrastructure needs, said the bill could be a boon for Selma.

“On the surface, it looks really good,” Leashore said. “It sounds like this is something we really need and we need to pursue it. If it’s passed, I hope and pray Selma can tap into that resource.”

Leashore worries, however, that the city’s downgraded credit rating will stand in the way of any future efforts to shore up funds for infrastructure projects, such as addressing drainage systems and roadways throughout the city.

“Our streets, as we speak, are decaying around us,” Leashore said. “It’s not just a section of the City of Selma, it’s all over.”

While Leashore remains optimistic, adding that a statewide tax-hike imposed by Alabama Gov. Kay Ivey earlier this year stands to provide the area with funds for addressing its crumbling infrastructure, he believes the city will have to take up another funding proposal if Sewell’s bill doesn’t pass muster.

For his part, Leashore supports a proposal from Selma Mayor Darrio Melton to modestly increase the local gas tax to generate funds to address potholes, cave-ins and a number of other problems plaguing the city’s roadways.