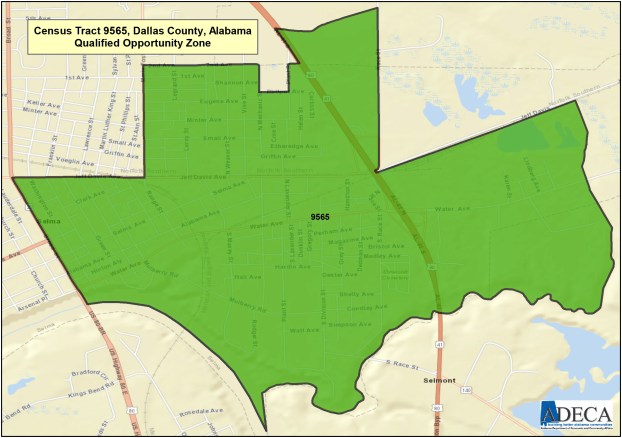 ADECA is currently developing a process related to Opportunity Zones in order to implement the AIM Act, which was recently passed by the Alabama Legislature and signed into law by Ivey.

The act provides tax incentives and credits to attract new and expanding businesses to qualified areas – the first step in bringing the initiative to life is collecting input from state and local officials, experts in relevant areas and stakeholders in the private and public sector.

“Since taking office, cultivating Alabama’s economy has been a top priority of my administration,” Ivey said in a press release. “I was pleased to sign the Alabama Incentives Modernization Act, an act that has the potential to boost economic growth in every one of Alabama’s 67 counties. I look forward to Alabamians capitalizing on Opportunity Zones and propelling this state’s growth.”

The Opportunity Zones initiative is a national program established by the federal Tax Cuts and Jobs Act of 2017 to foster private sector investments in low-income rural and urban areas – 158 such zones were approved in Alabama last year by the U.S. Treasury Department, with at least one zone in every county.

In Dallas County, that area encompasses a wide swath of East Selma, stretching along Broad Street from Water Avenue to J.L. Chestnut Boulevard and along Water Avenue beyond Henry Brick Company.

Vardaman said the AIM Act is a “catalyst for growth in rural counties” and, since changes were made regarding which counties were qualified for the incentives and credits provided by the initiative, Selma and Dallas County are both poised to benefit.

“It certainly enhances the tools in my toolbox,” Vardaman said. “Before, I couldn’t even pull it out unless I had under 25,000 in population. Now, I can have an opportunity to pull it out if the company wants to locate here. Incentives are important, but they’re not a panacea.”

Vardaman noted that businesses looking to set up shop in an area look at more than just incentives and tax credits, which will inevitably be available in every county in the state, they look into an area’s schools, leadership and crime rates before considering incentives.

“If I’m competing with Greenville and they’ve got the same things, then it’s almost nullified,” Vardaman said.

Despite that, Vardaman is enthused about the possibility of being able to attract new businesses.

Previously, only counties with less than 25,000 people were eligible for the incentives, which provided a job credit of up to 3-percent of annual wages and 10 years of investment credits on a project with at least a $2 million investment – the new bill opens the benefits up to counties with a population of 50,000 or less and increases the job credit to a potential 4-percent for up to 15 years.

“Now, we’re qualified where before we weren’t,” Vardaman said. “They’re kind of giving us a market to sell those credits.”

On the other side, Smedley is working alongside Alex Flachsbart of Opportunity Alabama to bring new development to Dallas County’s Opportunity Zone by identifying available properties in the area and drafting a game plan for seeing those properties developed.

According to Opportunity Alabama’s website, Dallas County’s Opportunity Zone has a population of 3,267 – the poverty rate in the area sits at 54 percent and the unemployment rate is at 32 percent, with only 7 percent of residents having a bachelor’s degree or higher.

Smedley noted that the recently-purchased St. James Hotel is in the county’s Opportunity Zone, as is George Washington Carver Homes, providing an opportunity for housing development in the area.

“This is a tax credit incentive,” Smedley said. “It doesn’t mean that just because we’re in the zone that we qualify. We’re not just competing with communities in Alabama, this is a nationwide initiative.”

The deadline for responses and feedback is July 26. For more information or to submit your ideas, visit www.adeca.alabama.gov.

Randolph calls on council to take ‘no confidence’ vote against mayor