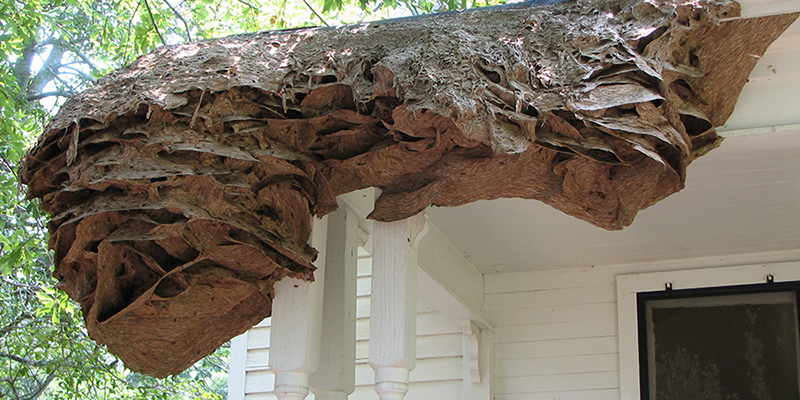 Imagine a colony of yellow jackets the size of a Volkswagen Beetle, filled with 15,000 of the stinging insects. Now, imagine more than 90 of these super nests in Alabama. It happened in 2006, and Charles Ray, an entomologist working with the Alabama Cooperative Extension System, said that 2019 may be shaping up to mirror that year.

It’s called a perennial yellow jacket nest. Entomologists believe that milder winters combined with an abundant food supply allow some colonies to survive and enter spring with much larger numbers. Additionally, the normal cues that would cause queens to disperse may not happen. Researchers have documented that these massive colonies often have multiple queens.

A normal yellow jacket nest is usually located in the ground or a cavity. It may peak at 4,000 to 5,000 workers that do not survive cold weather, leaving queens to disperse and form new colonies in the spring.

“These perennial nests may be several feet wide and have many thousands of workers, far more than an average nest,” Ray said. “We have found them attached to home exteriors and other places you might not expect to find yellow jackets.

“The most workers I have counted in a perennial nest is about 15,000 or about 3 to 4 times more than a normal nest,” said Ray, who is also a research fellow in Auburn University’s Department of Entomology and Plant Pathology. “However, one nest in South Carolina was documented with more 250,000 workers.”

Ray believes that the state may see large numbers of perennial nests this year.

“We confirmed two nests in May and have indications of a third,” he said. “This puts us several weeks earlier than in 2006, when we identified the first giant nest on June 13.

“If we are seeing them a month sooner than we did in 2006, I am very concerned that there will be a large number of them in the state. The nests I have seen this year already have more than 10,000 workers and are expanding rapidly.”

In 2006, nests were located in multiple counties with the most northern location occurring in Talladega County.

Ray offers important tips for people who think they may have a giant yellow jacket colony on their property.

Next, Ray wants people to contact him so he can document the nest and collect insect specimens. People should contact him by email at raychah@auburn.edu.

Finally, if people need to have nests removed, Ray says it is a task only for licensed commercial pest control operators. He warns that even some commercial operators will not tackle these giant perennial yellow jacket nests.