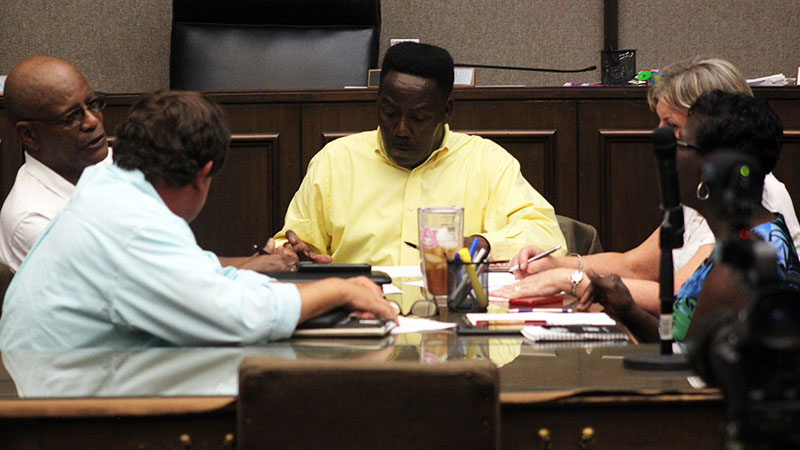 The fire department has been without a chief since former Chief Toney Stephens left the department at the end of April.

According to Selma City Council President Corey Bowie, who chairs the Public Safety Committee, the name of an interim chief for the SPD will be brought before the full council during Tuesday night’s meeting, where council members will be asked to sign off on searching for and hiring a full-time chief.

Bowie stated that search committees will be established to find a suitable candidate to fill each department’s leadership roles.

The committees will consist of former firefighters and law enforcement officers, as well as members of the “Weed and Seed” committee, the Public Safety Committee, the business community and citizens.

Bowie said the need to find a full-time chief to lead the SPD was even more necessary due to the ongoing “Weed and Seed” initiative, which relies heavily on collaboration between federal, state and local law enforcement agencies.

The jobs will be posted in the coming days.

Selma City Councilman Carl Bowline praised the transparency of the process and the diversity of those involved with the search committees, but warned against inlcuding too many people.

Selma City Councilwoman Susan Youngblood added that the committees should contain Selma residents and taxpayers, people with a vested interest in the community and the person who will ultimately lead the police department.

Bowie noted that while a full-time chief cannot be hired until Collier’s final day, the proper candidate could begin getting acclimated in the meantime.

Among the other items on the committee’s agenda was plans for National Night Out, which will take place on Water Avenue on Aug. 6.

National Night Out is an opportunity for the community to come out and mingle with public safety workers, including members of the police and fire departments, the sheriff’s department, state troopers and more.

Bowie said this year’s event will be “bigger and better” than ever.

Bowie also noted that the council will soon be in the process of drafting a budget for the coming year – committee members want for the position of Assistant Police Chief, for which the council has appointment powers, to be added to the budget.

Additionally, the committee plans to add funding for a cold case unit that will be tasked with investigating unsolved crimes in the area.