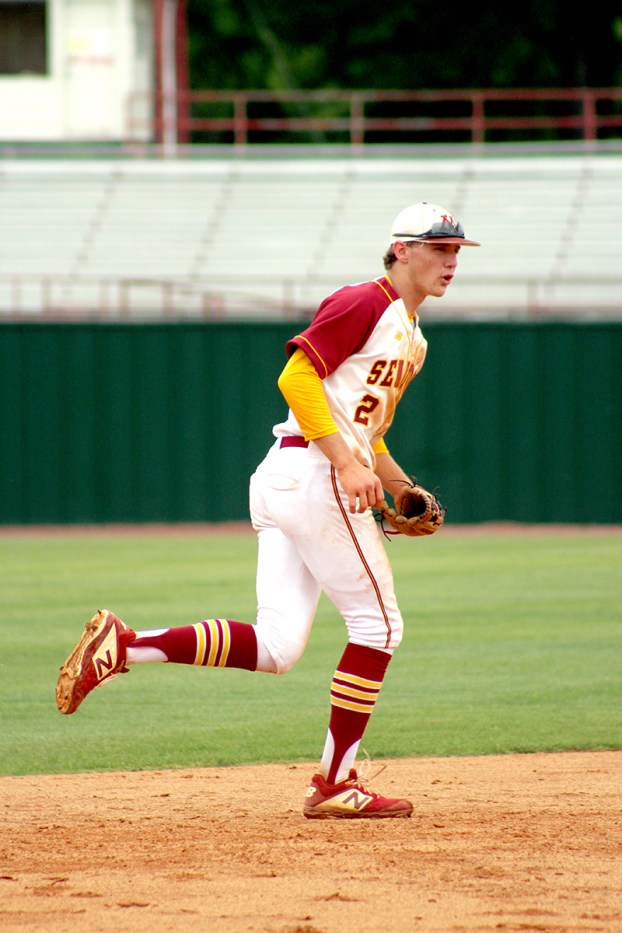 The Auburn University signee is projected to go in the early rounds of the Major League Baseball Amateur Draft, which starts Monday at 6 p.m. The three-day draft concludes on Wednesday.

Henderson, who  hit .559 with 11 homers for the Senators this season, said he’s letting the process play itself and make a decision after the draft. He’s worked out for several MLB teams over the last 10 days, including the Atlanta Braves, Milwaukee Brewers, Anaheim Angels, Philadelphia Phillies and Houston Astros.

“I’m not worrying about it too much,” Henderson said. “We’ll just see what team and if God has that plan the right team will like me. God has me. He knows what’s going to come. I’ll just put my faith in him and everything will be fine.”

“I can not wait to see what the future holds for Gunnar,” Clements said. “What a huge accomplishment for an amazing young man.”

Several mock drafts have the left-handed Henderson going in the middle of the first round, landing between picks 15 and 30. MLB.com ranks Henderson 33rd on its top 100 draft candidates, praising his amazing power at the plate.

“One of the better hitters in this year’s high school class, Henderson produces a lot of hard contact from gap to gap,” MLB wrote in its evaluation of Henderson. “He has shown more bat speed from the left side of the plate this spring and his power is catching up to his hitting ability as he continues to add muscle to his six-foot-four frame.He has been a little faster this year, more consistency recording above-average run times.”

“Henderson is a physical, 6-foot-3, 194-pound infielder with a chance to stick at shortstop,” Baseball America wrote. “He has some power from the left side of the plate and solid bat speed out of a slightly wide stance with a toe-tap load and long, one-handed finish.”

“What makes Henderson so appealing as a draft target, and as a prospect for Auburn, is his bat,” Kostik wrote. “He’s been touted as having one of the best bats of all high school players in this year’s draft, and this standing has only been cemented by his superb senior season. He’s shown the ability to hit for contact, hit for power, and run a team ragged on the basepaths.”

Henderson said if the draft doesn’t go as planned, he’s fine playing at Auburn. His older brother is a member of the Tigers’ roster.