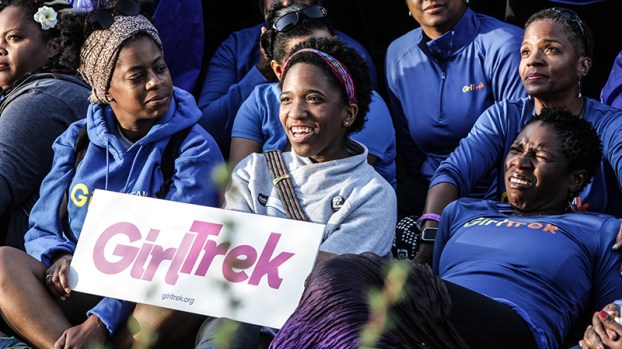 GirlTrek to spend weekend in Selma

GirlTrek, the largest public health nonprofit and movement in the nation for black women and girls, will be in Selma this weekend to host a number of events aimed at “radical self-care.”

According to a press release for the organization, which boasts 170,000 members nationwide, Selma was chosen as a prime location for its efforts because “the health crisis facing black women is rooted in the same systematic inequalities that birthed the Civil Rights Movement.”

“Selma is the only place on the planet to launch a self-care revolution for black women,” said T. Morgan Dixon, Co-Founder of GirlTrek. “It is sacred ground. It is where our foremothers created the blueprint for organizing. This is to honor their legacy.”

Dixon noted that 80 percent of Selma residents are black people and are “disproportionately affected” by poverty, trauma and a multitude of “failing systems.”

“Serving alongside the women of Selma and every black community like Selma is our mission,” Dixon said.

During the meeting, GirlTrek will announced its plans for getting one million black women to walk, for exercise and recreation, by next year.

On Saturday morning, the group will embark on a community canvass, during which they will “spread the word about how walking just 30 minutes a day is the easiest way to start living a healthier life.”

At the end of the community canvass, which will embark at 9 a.m., the group will host a community walk, which will set off from Riverfront Park at 11 a.m.

Following the walk, GirlTrk will return to the park to host a bloack party from noon until 2 p.m.

The first 30 women to sign up and attend the walk will receive a free t-shirt.

GirlTrek was founded by Dixon and Vanessa Garrison when they were college students in Los Angeles.

The organization is committed to encouraging women to walk “as a practical first step to inspire healthy living, families and communities.”

Last March, the organization’s national team of 10 black women walked a 100-mile stretch of the UNdergroud Railroad in honor of Harriet Tubman.

GirlTrek has been featured on CNN and in The New York Times, People magazine, Essence and more.

The members of Selma-Dallas County Leadership Class 25 officially graduated Tuesday night after spending the last 10 months in the... read more