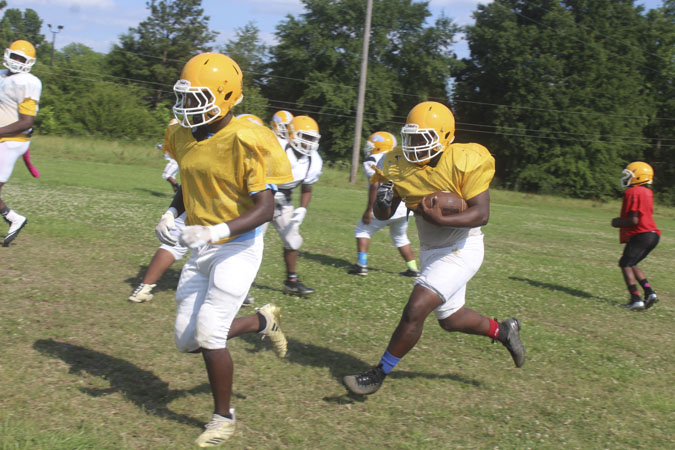 The Saints conclude spring drills with a jamboree on Friday at Loachapoka High School, starting at 6 p.m.

Interim head coach DeAndre Wilson has guided the 30 Saints players through spring drills. Wilson spent part of last season in the same role while head coach and Athletic Director Christopher Raymond recovered from back surgery. After the season, Raymond resigned to take a job at LeFlore High School.

Wilson said he is focused on the players’ improvement, not who will become the next Selma football coach. The school hasn’t named a coach.

“The boys out here practicing is dedicated, other players will come out when the head coach is named,” Wilson said. “These 30 players will be the core of our team.”

The Saints’ offense has a great starting point with quarterback Keondre Hope, who started several games as a freshman in 2018.

Hope threw for 168 yards and two touchdowns during Selma’s 38-8 rout over LeFlore High to finish 3-7.

“We’ve got a lot of young talent, I’m interested to see what we can get out of this talent,” Wilson said.