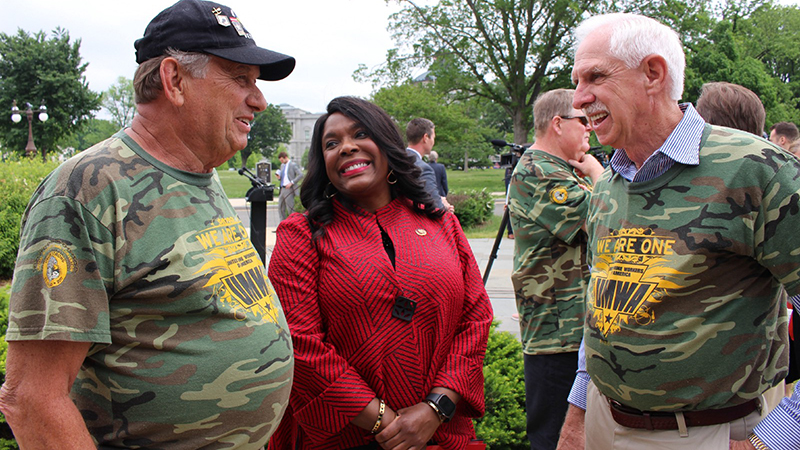 On Wednesday, U.S. Rep. Terri Sewell, D-AL, joined a bipartisan contingent of lawmakers to call on colleagues to pass a permanent solution to the ongoing miners pension crisis which, if not worked out, could result in thousands of miners losing their benefits.

“We love our coal miners in Alabama and I stand with you like I did early on,” Sewell said during a press conference where members of the United Mine Workers of America were on hand. “We, the federal government, must do our part, because you’ve already done your part.”

The current pension crisis arose out of the 2008 financial crisis, which led to many coal operation bankruptcies, and is threatening to cost retired miners the pension benefits earned over a lifetime in coal mines.

“We have to honor the retirement security you have earned,” Sewell said during the press conference. “We will honor that promise because it’s the right thing to do.”

Sewell has co-sponsored the Miners Pension Protection Act, which would shore up pensions for retired miners and ensure that those in failing pension plans have a contingency plan in place to continue receiving benefits.

The bill would protect the pensions of roughly 87,000 current pension recipients and another 20,000 miners who have invested in their pensions but not yet begun drawing from them.