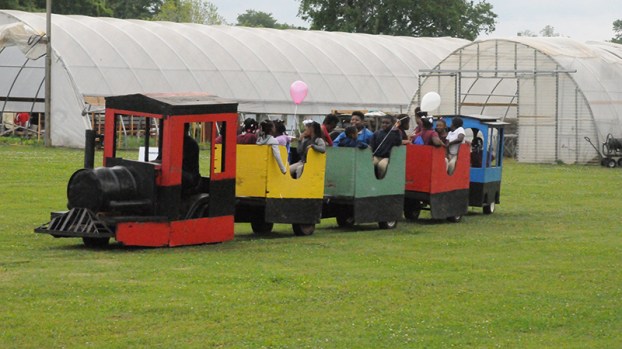 The students gathered to celebrate literacy as well as have fun, participating in games, face painting, a train ride, inflatables and even a petting zoo.

While there was a variety of fun for the children to experience, the focus of the day was on literacy.

“An effective literacy program has the ability to change a society,” said Selma City Schools Executive Director of Teaching and Learning Ozella Ford.

Each student who attended the festival went home with a “Selma City Schools” book bag filled with books to prepare the students for the next school year.

“We want to instill a love of literacy in these children early,” said Ford. “Whether it’s reading, writing or speaking, we want to show these children that learning is fun.”

For Selma City Schools students, the day was filled with education and fun.

There were plenty of games to keep the kids occupied, inflatables for them to play and even an appearance by Clifford the Big Red Dog and Franklin the Turtle.

After students were read “Biscuit’s day on the Farm” they had the opportunity to feed some animals including goats, sheep, a pony, a llama and even a camel.