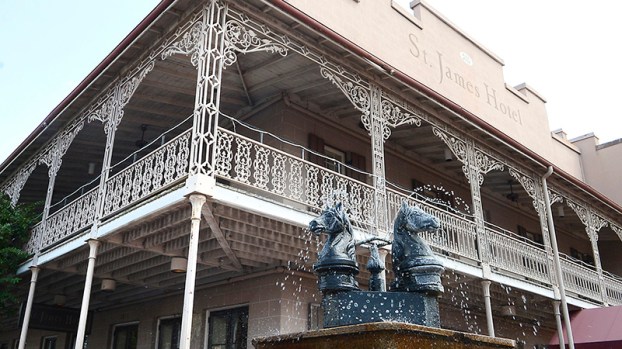 During the Selma City Council’s work session Monday, attorney Harry Gamble provided an update on the sale of the St. James Hotel, saying that the deal could be completed by the end of the week.

“A lot of time and money has gone into it,” Gamble said. “It seems like we might make it happen by the end of this week.”

Gamble said he has been in talks with lawyers involved in the sale, as well as representatives from Hilton, and that all parties involved are angling for the deal to come to a close soon.

Because additional work is going to need to be done to get the location in order, lendors have agreed to “substantially increase” their loan and the buyer is looking for a “revenue sharing agreement” with the city.

“All of nothing is still zero,” said Councilwoman Miah Jackson. “75 percent is at least something.”

Other council members echoed Jackson’s sentiments and the council is on track to hold a public hearing in regard to the agreement as early as next week.

Elsewhere in the meeting, Jackson discussed the most recent round of financial reports provided to the council in an effort to find ways to pay for new vehicles for the Selma Police Department (SPD).

“Our police department is falling apart as we speak,” Leashore said. “Our officers need vehicles. That department, above all else, is what we need to protect us.”

Jackson also noted that the lack of a City Treasurer continues to pose problems for the council – the most recent financial statements showed expenditure of more than $400,000 over the last month with no clear explanation for how the funds were spent.

Jackson noted that the council voted in October to require that all expenditures over $5,000 be approved.

“We voted they not spend anything without them coming before the council, but it’s being spent,” Jackson said.

Jackson laid out a slew of concerns regarding the administration’s continued refusal to adhere to the council’s mandates and the council’s continued failure to take action to stop the behavior, causing an argument that eventually led to Leashore leaving the meeting early.

“If we had a treasurer, we could have clarity,” Jackson said. “We need to decide what we’re going to do as a body.”