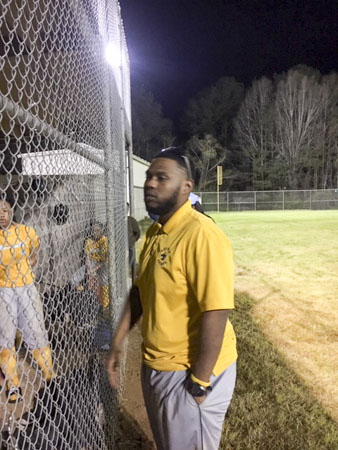 Selma High remained winless on the season with a 16-1 loss to Wetumpka in their Area 3, Class 6A opener on Tuesday at the Dallas County Sportsplex.

The Lady Indians jumped out to a 8-0 first inning lead and never looked back. The game was called after three innings because of the state’s 15-run mercy rule.

The Lady Saints (0-4) got their only run in the first inning behind Mariah Davis, the reigning Selma Times-Journal’s All Dallas County performer. Davis singled for the Lady Saints’ only hit, stole second and third bases, then scored off Jeshya Collier’s groundout.

Despite the loss, Selma coach Cepeda Lewis remains positive and confident about the Lady Saints.

“We have to hit the ball and stop making mental errors,” Lewis said. “We’re not doing either one right now. That’s been our Achille’s heel. Once we hit the ball, the winning will come.”

Selma’s next home game comes against crosstown rival Southside on Friday at 4:30 p.m. at the Dallas County Sportsplex.