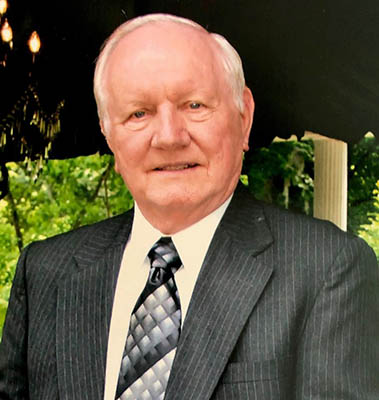 Funeral services were held Wednesday for the man responsible in building the Tyler Volunteer Fire Department nearly 30 years ago.

Longtime Dallas County resident Carroll C. Serman Jr. died on Feb. 23 at the age of 86, but he left behind a lasting legacy in the Tyler community.

Tyler residents fondly remember Serman as reason for the existence of the Tyler VFD, which officially opened in 1990.

Tyler VFD posted a tribute to Serman on its Facebook page: “The man who built our firehouse with his own two hands. He always worked hard behind the scenes and never wanted recognition. His life’s goal was to serve the way the Lord wanted him to and that he did faithfully. Go rest high, Mr. Carroll. We will see you soon.”

Frank Rosser, who has served as treasurer at Tyler VFD since it opened, gave all the credit to Serman. They were lifelong friends.

“Carroll was instrumental in getting Tyler VFD built,” Rosser said. “He single-handily built the building and was one of the board members at Tyler VFD.”

A devoted and dedicated longtime member of Sister Springs Baptist Church, Serman served 26 years in the Air Force and retired as Chief Master Sergeant. He worked in aircraft maintenance and quality control.

Serman later worked as General Foreman at Beech Aircraft until the plant closed in 1989.  During retirement, he worked several construction projects and did general repair jobs.

Rosser, who worked Serman at Beech Aircraft, said Serman was a pillar of the Tyler community and a devoted family man. Serman and his wife of 63 years, Grace Holloman Serman, have had four children: Chris Serman, Jerry Serman, Larry Serman and Bobby Serman, eight grandchildren and 13 great-grandchildren.

“Carroll was always willing to help someone,” Rosser said. “He was a wonderful person who wanted to help people and never wanted anything in return.”

William Waheed previewed his documentary “Doyle,” about Ernest Doyle, a member of the “Courageous Eight,” at the Selma-Dallas County Public... read more