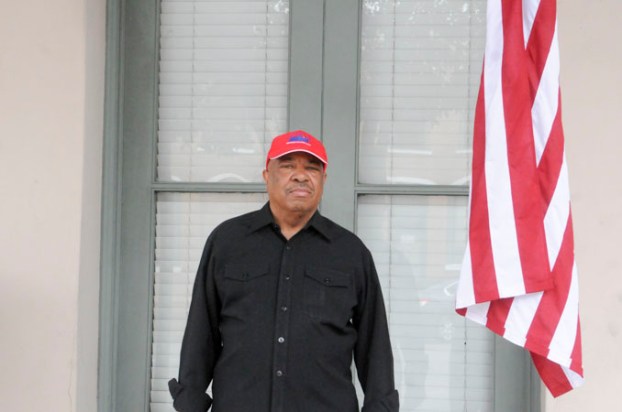 Peterson participated in the historic Montgomery to Selma March in 1965 as a senior at R.B. Hudson High School.

After high school graduation, Peterson spent four years in the Air Force and was later commissioned in the U.S. Army Reserves for another five years. He later moved to Los Angeles in 1970. Over the next several decades, he worked security for both the L.A. Police Department and the L.A. County Fire Department.

“I moved to LA when I got out of the military,” Peterson said. “It’s a big difference between LA and Selma.”

Peterson returned back to Selma in 2006 to take care of his mother after his father died.

“I feel great about the move back home,” Peterson said. “I love Selma. I’m a Foot soldier. My mother, sister and I participated in the march.”

Since returning to the Queen City, Peterson has worked a variety of security jobs. He worked at Wallace Community College-Selma, Walmart, FEMA and as a Dallas County Commission Dispatcher 911.

Peterson is also a Red Cross volunteer and on the Dallas County Emergency Planning Commission.

Peterson decided to run for constable in 2016 and ran unopposed. This is his second year in the job. He works security for Allied Universal.

“I was interested in becoming a constable and began researching the position,” Peterson said. “No one ran against me.”

“I’m disappointed that the city hasn’t progressed,” Peterson said. “I have no control over it. Hopefully one day, someone will come in and make a difference.”

The Pandora Club recently held its annual ball at the Selma Country Club. The dance alternates between a formal and... read more