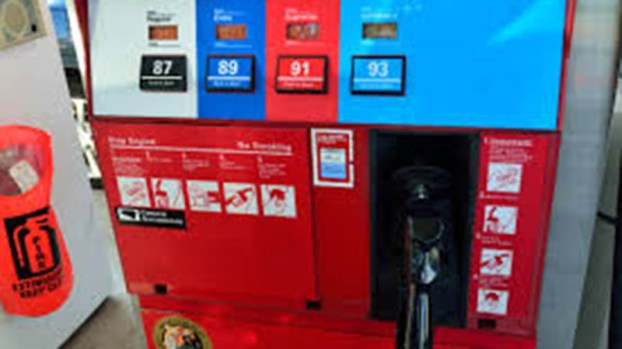 On Thursday, the city’s Public Works Committee held a public meeting to give residents an opportunity to express their opinions on the 5-cent increase to the local gas tax, proposed by Mayor Darrio Melton, that will come before the council for a vote on Tuesday.

The meeting was held at the urging of Selma City Council President Corey Bowie, who recommended a public forum so that council members could gauge local sentiment before casting a vote on the tax.

Bowie noted that a handful of residents voiced their support for the measure, noting the dire situation of Selma’s aging and damaged infrastructure, but the most compelling arguments came from those opposed to the measure.

Curtis Wimberly, who was laid-off from his job with the city in November, was one.

“Most Selmians are already living in poverty or just outside of it,” Wimberly said. “So, you’re going to put those right above it in poverty and those that are already in it further down.”

Wimberly noted the number of children currently receiving free lunch at local schools as evidence of the plight of many Selma residents and said that a 5-cent local gas tax increase, in conjunction with a statewide gas tax increase of up to 12-cents, would be more than many could bear.

When committee Chairman John Leashore asked Wimberly what plan he had to offer, the laid-off worker took exception.

“I don’t have a plan,” Wimberly said. “I’m not in city government. We as citizens, we elected officials to make decisions like this.”

For his part, Wimberly believes the city is hinging too much of the proposed gas hike, which he says will negatively impact the city’s most vulnerable residents, and should look into alternate plans.

“You should have more than one option,” Wimberly said. “They’re making it seem like this 5-cents is the only option. At least put plans in place.”

Another resident who spoke against the measure was Christopher Minter, who brought along documentation that he said shows they amount of gas tax revenue being collected by the city from the county and state.

Minter expressed frustration about the city’s use of currently accessible funds and wondered why citizens should trust local government with additional money.

“Why would I give [the city] more money when [they] haven’t done what [they’re] supposed to with what [they’ve] already got?” Minter said.

“He brought in some very serious information,” Bowie said. “I don’t think they expected him to come out that way.”

Minter’s information comes from the Alabama State Treasurer’s Gas Tax Distribution Reports, which breaks down the amount of gas tax payments made to cities across the state.

Minter said he was questioned on how he accessed the documents he brought along and was told by Leashore that he would not be permitted to speak again, despite the fact that others in attendance were allowed to do so.

“In his mind, the only people that should have been talking were the people who wanted the gas tax and not the ones who are opposed,” Minter said. “Even though it was a public hearing, he wasn’t really trying to hear what the public has to say.”

Sen. Cory Booker, D-NJ, and Sen. Bernie Sanders, I-VT, who are vying to be the Democratic candidate to run against... read more