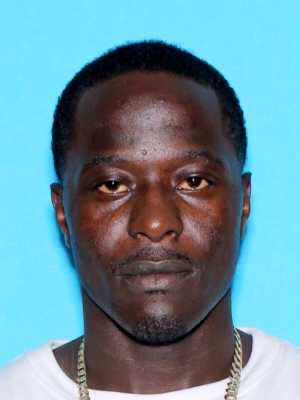 Bond revoked for one of Selma’s most wanted criminals

One of Selma’s most wanted criminals had his bond revoked on Friday in the Dallas County Courthouse, according to Dallas County District Attorney Michael Jackson.

Dallas County Circuit Court Judge Collins A. Pettaway revoked the bond of Tyron Stallworth, AKA “Buck” for a pending shooting into an occupied vehicle charge based on a new assault charge on a female victim.

Jackson said the Stallworth twins are two “of Selma’s most wanted gunslingers.”

“Specifically, the Special Operations Unit and the Criminal Investigative Division has been rotating nights or often all working together on the same nights focused on trying to locate several of Selma’s most wanted and dangerous individuals,” Collier said. “At approximately 10 p.m., a Special Operations Sergeant spotted Jaron Stallworth in the GWC complex.”

Collier said Stallworth had been wanted for months for committing a “vicious” assault against his girlfriend.

Collier said investigators with the SPD sought and received warrants for Jaron Stallworth.

Collier said that Jaron was already out on bond on a felony charge of shooting into an occupied vehicle, which stemmed from a previous incident.

“The Special Operations Unit makes it their priority to be able to identify the most violent and wanted suspects in Selma,” Collier said. “It then becomes their mission to find them.  Also, our CID Investigators have dealt with Jaron and Tyron Stallworth on so many crimes, that even our Investigators call the brothers by their nicknames.

Collier said the sergeant chased Jaron towards Martin Luther King Boulevard, and that Jaron ran “right towards a patrol officer that was prepositioned.”

Collier said that Jaron “disobeyed every command given by the officer to surrender.”

“After his continuous failure to surrender, the officer tased Stallworth leading him to immediately comply,” said Collier.  “At this point, both officers were handcuffing Jaron Stallworth, when an unknown male began to approach the officers with a gun. Shooting at officers while they attempt to affect an arrest has been common in the GWC, however, on this night, the subject with the gun failed to realize the number of officers already pre-positioned. A third officer drew his firearm on the unknown subject, who then turned and fled on foot.”

Collier said officers pursued the subject in a nearby apartment and fled out of the back door as officers entered the apartment.

Once inside the apartment, investigators recognized Tyron Stallworth, who also fled but was physically restrained before he could exit the apartment, according to Collier.

Both suspects were processed at Selma City Jail.  Selma Investigators were already aware that Tyron, who was only released from prison in 2018, was on Federal probation for weapons charges.

“Both of the Stallworth’s have a serious criminal history, including multiple acts of violence,” Collier said. “I commend our Special Operations Unit, Criminal Investigators Division and our Patrol Division.  This type of internal collaboration creates the bond of brotherhood and helps morale.  Additionally, many citizens and civic leaders reached out to thank SPD for getting these violent predators off the street.”

The Dallas County Commission agreed to donate $10,000 to the to the Drug Task Force Appropriation on Monday. Dallas County... read more