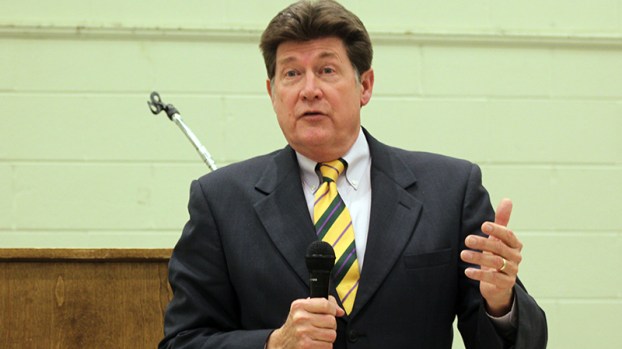 Richard Moore, U.S. Attorney for Alabama’s Southern District, was on hand for a Public Safety Committee meeting Wednesday and announced plans to bolster the efforts of local law enforcement agencies, an effort he says relies on community involvement.

“I’m going to need help from the citizens,” Moore said. “When we’re doing these investigations, we’re going to need you all to talk to us. You need to spread the word that there’s a role for citizens to play in law enforcement. The only way we’re going to be able to do this is if we all do it together.”

According to Moore, Selma is facing a violent crime epidemic that requires a number of efforts to address.

“We can’t prosecute our way out of this problem,” Moore said. “Once we get this current crop of gang bangers, or thugs or whatever you want to call them – once we get rid of them, there’s another crop coming behind them.”

That’s why Moore, in collaboration with state and local law enforcement, is heading up a “weed and seed” program.

To that end, Moore is putting together a team of citizens committed to revitalizing the city and fighting the crime epidemic.

“This may be Selma’s last chance,” Moore said. “We’re here in force and we’re going to give you a chance.”