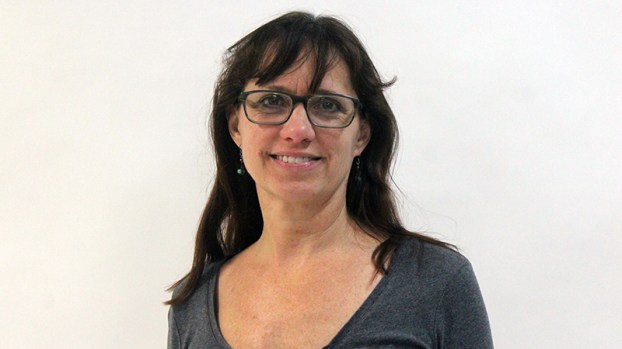 Nicaragua, France, Mexico, India – these are only a few of the places that Black Belt Benefit Group’s (BBBG) new Executive Director, Laura Donovan, has called home since leaving the United States in 1995.

“I’ve traveled quite a bit,” Donovan said. “This job really tempted me.”

According to BBBG Secretary and Co-Founder Clay Carmichael, the hunt for a new director to lead the organization started in 2017, when the organization received a grant from the Educational Foundation of America.

The organization worked with a non-profit consultant to put together a broad search among a variety of colleges and universities, as well as other organizations – ultimately, Donovan found the BBBG after reading an article stating that Alabama’s poverty was the worst in the developed world.

In fact, Donovan noted that the United Nations report comparing the poverty in Alabama to that in a third-world country, as well as the election of President Donald Trump, compelled her to want to move back to the states and offer something positive.

“I felt like I had to do something,” Donovan said. “Maybe I have skillsets that can be of use, maybe not.”

For his part, Carmichael is excited about having someone at the helm of the organization, particularly someone with Donovan’s experience.

“This Executive Director role is vital to sustain and grow our organization,” Carmichael said. “We’ve been volunteering for everything we do, since our existence, and we’ve continued to build and grow. Besides the volunteering at events, there are administration duties that we’ve held over the years that have really drained us, from writing grants and keeping books to writing letters and booking bands. Laura won’t take all of these roles, but she’ll definitely help us be more efficient in the work that we already do.”

Donovan earned her bachelor’s degree in philosophy and her master’s degree in English literature in Boston before taking off to France to raise her son. At that time, she started coursework on her PhD but, after deciding she would prefer not to teach, she earned her Master of Business Administration (MBA) and began working in sustainable finance, guiding people on how to make socially responsible decisions in regard to their investing practices.

After taking an interest in micro-insurance, Donovan moved to India, which was leading the way in the field, in 2006.

She was there for seven years and worked with India’s largest women’s union and trained women to become leaders in a variety of fields.

Having lived under now Prime Mister Narendra Modi during his time as Chief Minister of Gujarat, Donovan packed up and left for Nicaragua when it became apparent that Modi would be leading the country.

While living in Nicaragua, Donovan learned Spanish and earned a residency and slowly began to see first-hand the unraveling of civil society – protests began to break out and military officers were killing protesters.

On her street, citizens pulled up the cobblestones to create barriers so that military vehicles couldn’t come through.

“It was very interesting to live through,” Donovan said.

She then flew to the Yucatan and eventually to Mexico City, where she viewed the murals of Diego Rivera in the houses of state throughout the area.

She was only briefly in Mexico City when she got connected with the BBBG and, in January, she made her first trip to Alabama to meet with board members.

After that, she took a plane from Mexico City to San Diego and a bus from there to Selma.

For her part, Donovan has big plans for the local organization.

First and foremost, she would like to see more of its fundraising efforts, currently being funneled into other organizations, used to establish its own programs and efforts aimed at supporting economic development.

She has ideas of establishing a community center, an organic garden, and social businesses such as biking tours and kayaking and canoeing down the river.

However, her biggest ambition is to find a local woman to lead the organization.

“The person who is running this organization should be local,” Donovan said. “Ideally African-American and ideally a woman.”

Donovan said she hopes to find that person and train them to take the reins in the next year or so.

“It could work or I could fall flat on my face,” Donovan said.